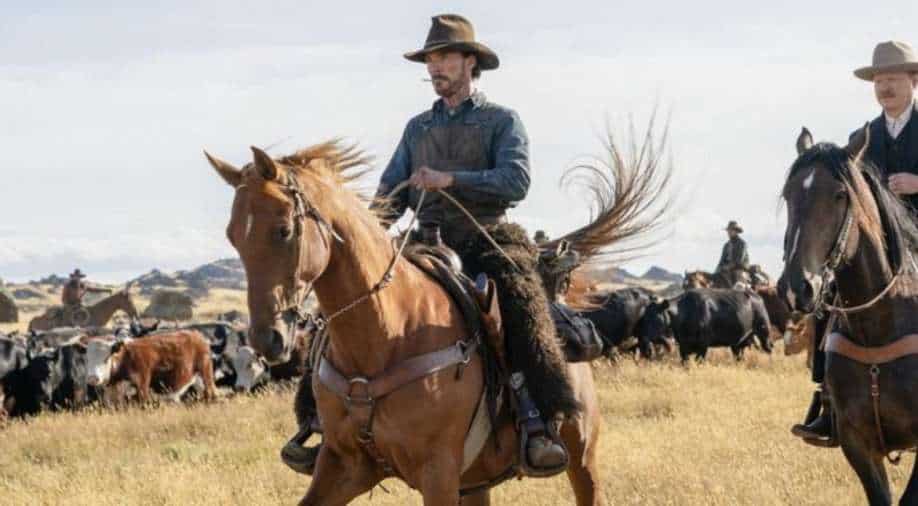 'The Power of the Dog' new teaser sees actor Benedict Cumberbatch donning cowboy hats and boots, riding horses and taking on the role of a menacing man who specializes in blowing a haunting whistle.

British star Benedict Cumberbatch is dark and menacing in his latest offering, 'The Power of the Dog', and fans seem to be loving his 'bay guy' act.

The film's new teaser sees the actor donning cowboy hats and boots, riding horses and taking on the role of a menacing man who specializes in blowing out a haunting whistle.

Now, Cumberbatch has played many characters in the past but never a man this conniving. And fans are loving this new avatar of his!

"Woaaah... That's what we call a teaser," a fan commented on the teaser video, while another said, "Benedict looks so interesting in the teaser. Must give it a watch."

"This one is going to be epic," was another user's take on the recently released teaser.

'The Power of the Dog' is based on a novel by the same name by Thomas Savage. The storyline centers around an intimidating rancher, Phil Burbank (Benedict), and his brother, George (Plemons).

Thomasin McKenzie, Frances Conroy, Keith Carradine, Peter Carroll, and Adam Beach are also a part of the film, which is scheduled to release on Netflix on December 1.

Before streaming on the digital platform, 'The Power of the Dog' will be released in several theatres on November 17, reports confirm.

Check out all the fan reactions here:

So, The Power of the Dog teaser got released on International Dog day pic.twitter.com/qURkZK6SFy

Rusty
Raw
And rousing
Benedict Cumberbatch in The Power of The Dog pic.twitter.com/VQmZzo7HY8

benedict cumberbatch proves he's an amazing actor in his next film 'the power of the dog' ♡ pic.twitter.com/CKDUJGApYl

Check out the teaser here: