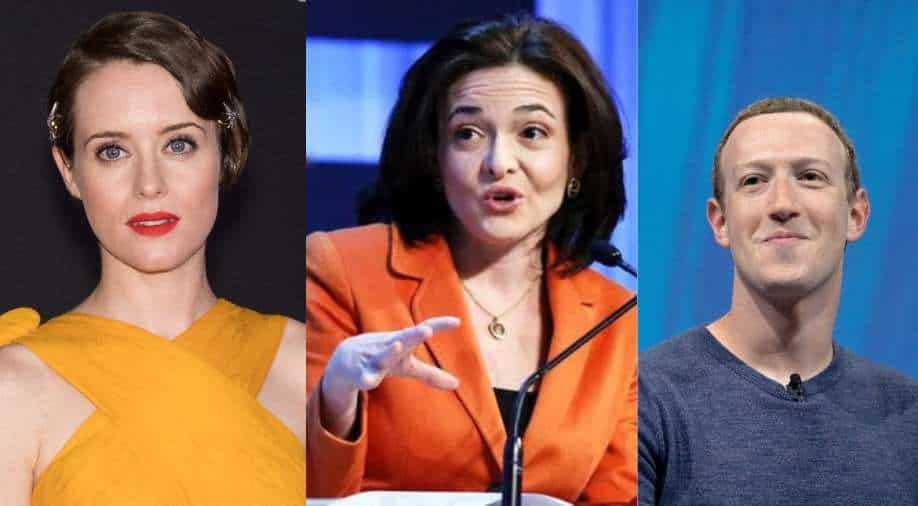 'Doomsday Machine' will chronicle the relationship between Mark Zuckerberg and Sandberg, and the obstacles Facebook had to overcome in order to become the highest grossing social media platform.

Claire Foy is going to be taking on the role of Facebook COO Sheryl Sandberg in a new series about the social media company.

As per reports, Foy will star as Sandberg in the drama titled 'Doomsday Machine'.

The upcoming show is based on Sheera Frenkel and Cecilia Kang’s book, 'An Ugly Truth: Inside Facebook’s Battle for Domination' along with their reporting on the company for The New York Times.

The New Yorker's Andrew Marantz had also reported on Facebook and its shortcomings, and his work will also contribute to the formation of the story.

Ayad Akhtar is working on the script for this and will be executive producing the story along with Frenkel and Kang. Marantz will work in the capacity of a consultant.

'Doomsday Machine' will chronicle the relationship between Mark Zuckerberg and Sandberg, and the obstacles Facebook had to overcome in order to become the highest grossing social media platform.
Interestingly, the announcement of the series was made just days after Facebook whistleblower Frances Haugen's Senate testimony on Wednesday.

The series will cover the 2016 elections amid the rise of misinformation, XCHECK--a program that reportedly shielded important users--former President Trump, and Facebook’s much talked about rules and regulations.

Also read: Justin Bieber released song with Diana Keaton and you have to watch it

'Doomsday Machine' will also touch upon the mental health risks Instagram poses to its younger users, and how Zuckerberg has used Facebook's News Feed to promote articles that portrayed Facebook in good light.

Other than Claire Foy, no other casting detail has been shared yet. The question as to who will play Mark Zuckerberg, and the rest of the major players from facebook, in the series, are yet to be revealed.