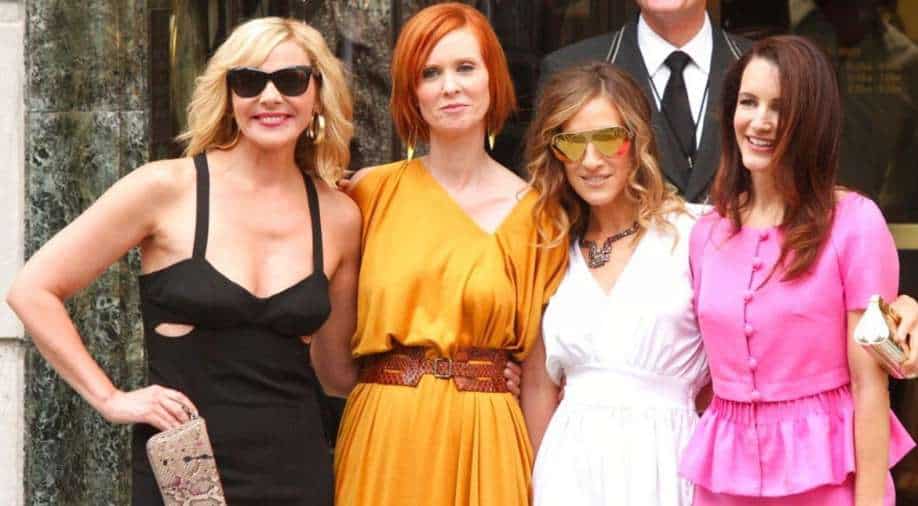 The original Sex and The City stars. Photograph:( Twitter )

Sex and The City revival series: Within minutes of the premiere, the show addressed the absence of Kim Cattrall's Samantha.

Lots has been going around on the internet among Sex and The City fans ever since a reboot was announced and now that ‘And Just Like That’ is out, everyone finally has an answer to what happened to fan favourite character of Samantha Jones played by Kim Cattrall.

The absence of her character from the show was addressed in the first episode of the revival series itself. ‘And Just Like That’ premiered on HBO Max as it welcomed back original series regulars Sarah Jessica Parker, Cynthia Nixon and Kristin Davis, who portray Carrie Bradshaw, Miranda Hobbes, and Charlotte York, respectively.

Within minutes of the premiere, the show addressed the absence of Kim Cattrall's Samantha, revealing that her character has moved to London. Miranda on the show said, "She moved to the U.K. … for work.”

This was in explanation to their friend Bitsy. They confirmed that Samantha isn’t dead but moved overseas.

Review: 'And Just Like That,' it all went wrong

Later in the episode, Carrie explained to Miranda that she couldn't keep Samantha as her publicist due to the state of the book business. "She said fine, then fired me as a friend," Carrie said.

Miranda then stuck up for Samantha, saying that her "pride got damaged." However, Carrie expressed the hurt she's felt as Samantha left for London and never returned her phone calls. Miranda also said Samantha had been dodging calls from her and Charlotte.

In the revival Sex and The City show, Carrie, Miranda and Charlotte they navigate work and home life along with their lasting friendship as 50-something women in New York City.