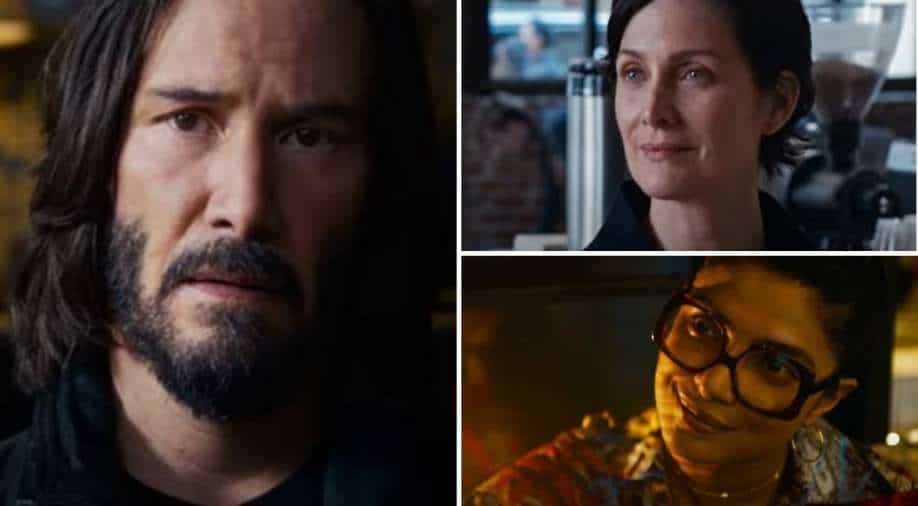 The film Matrix Resurrections directed by Lana Wachowski is all set to release on December 22.

A new promo from ‘The Matrix Resurrections’ is out and we can’t begin to explain how excited we are for the film to release already.

The new Matrix promo was featured at The Game Awards and it shows Keanu Reeves’ character Neo meeting up with Yahya Abdul-Mateen who plays Morpheus. There, Bugs (Jessica Henwick) helps him understand the new ways of the Matrix.

The new promo is barely a minute long but it will leave you intrigued for the future of our time. In the clip, Keanu Reeves’ Neo is told by Bugs that to enter and exit the Matrix there is no need for landlines any longer, instead, hackers use portals. Reeves' Neo looks utterly confused as Bugs takes him to Tokyo through a portal. Keanu Reeves' doppelganger from Brazil is breaking the internet and why not?

In another snippet, Neo comes face-to-face with Morpheus aka Yahya but he’s just a version of Morpheus. At the same time, projections on the wall show Laurence Fishburne’s Morpheus in a key scene from the first film when Neo is told what the Matrix is.

Yearender 2021: Paris Hilton to Varun Dhawan- A look back at beautiful celebrity weddings

The new Morpheus led by Yahya Abdul-Mateen II then tells Neo, "It’s all about set and setting."

The film directed by Lana Wachowski is all set to release on December 22.