Keanu Reeves' doppelganger from Brazil is breaking the internet and why not? 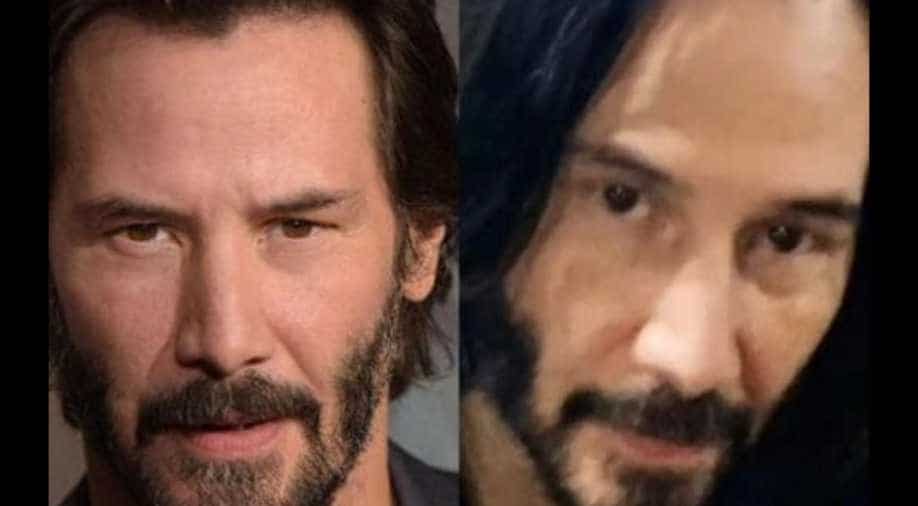 Breaking the internet with his dapper looks and flirting skills, Keanu Reeves doppelganger has been living quiet a life in Brazil.

What a time to be alive! Not one but there are two Keanu Reeves in this world and you might get lucky to flirt with the second one.

Breaking the internet with his dapper looks and flirting skills, Keanu Reeves doppelganger has been living quiet a life in Brazil as people think he looks uncannily similar to the Hollywood star.

In an interview with GQ, Brazilian Marcos Jeeves revealed that he has been told since he was a teen that he looks like ‘The Matrix’ star.

When asked what perks he gets because he looks so much like Keanu, he said, “I am single and looking like Keanu Reeves really helps me. Some women come to praise me in the comments on my Instagram photos. But I always maintain a respect and do not use the fact of looking like him to take advantage of any situation, including my followers."

Narrating how he got to know for the first time that he looks like Keanu Reeves, he said, "A friend of mine from high school, after watching Point Break, spoke about how it had an actor in the film very similar to me and recommended that I watch the film. Then my admiration for him began.”

Meanwhile, Keanu will soon be seen in reboot of ‘The Matrix’ after a gap of 17 years with Carrie-Anne Moss and writer-director Lana Wachowski.

Reeves and Moss are returning to their iconic roles of Neo and Trinity, respectively. Moss and Reeves are being joined for ‘The Matrix 4’ by returning franchise actress Jada Pinkett Smith, who debuted in ‘The Matrix Reloaded’. Also read: Priyanka Chopra to sign ‘Matrix 4’ opposite Keanu Reeves?