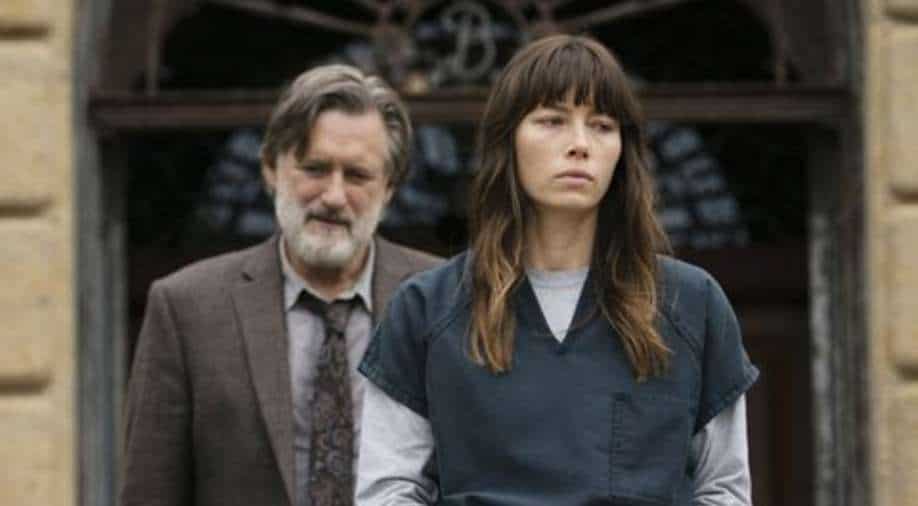 Bill Pullman and Jessica Biel in a still from Netflix's 'The Sinner' S1 Photograph:( Instagram )

Set in Hanover Island, the role of the mysterious character--around whom the latest season centers--will be played by Alice Kremelberg, who hails from a wealthy family living on the island in 'The Sinner' S4. Bill Pullman will rerpise his role as Detective Ambrose while Jessica Biel returns as executive producer.

The new trailer of Netflix's smash hit 'The Sinner' season 4 will see series patriarch Bill Pullman get engrossed with the disappearance of a woman who walks off a cliff by the ocean.

Set in Hanover Island, the role of this mysterious character will be played by Alice Kremelberg, who hails from a wealthy family living on the island.

The trailer suggests that the police scour the area and its surrounding water body but no sign of the woman can be found.

According to an eye witness, Percy--Alice's character name--was seen to be driving away but there's no way one can find that out. Also, her family refuses to believe she has actually killed herself.

'The Sinner' season 4 is set to stream on Netflix from October 13.