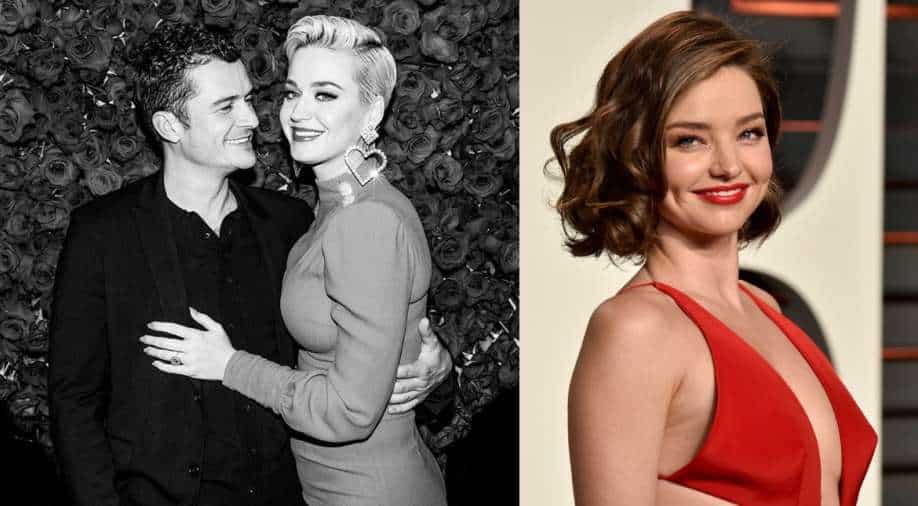 The Victoria's Secret angel, Miranda Kerr, has revealed that she is happy and grateful that her ex-husband Orlando Bloom and musician Katy Perry have found each other.

Supermodel Miranda Kerr has finally opened up about her ex-husband, Hollywood star Orlando Bloom, and his musician fiancé Katy Perry.

The Victoria's Secret angel has revealed that she is happy and grateful that Bloom and Perry have found each other.

On actress Drew Barrymore's talk show, The Drew Barrymore Show, the supermodel was complimented for her dignified comments on Kerr. "Something that I do have in my character is my love for women and when you spoke about Katy Perry I marvelled," said the actress.

To which, Kerr replied, "I adore Katy and I'm glad, she's found someone that makes her heart so happy. I'm so grateful that Orlando and Katy found each other."

The model went on to add that she is grateful for having found her husband, Evan Spiegel, and that there's respect for one another in their family.

"On special occasions when we have to be together it is for what is best for our whole family. I think that is the most important thing at the end of the day," Kerr revealed.

Also read: 'From Dwayne Johnson to Gal Gadot: Celebrities look-alike that will surely blow you mind'

The couple announced their engagement in June of 2010, and they were married the month after. Kerr gave birth to their son, Flynn Christopher Blanchard Copeland Bloom, in January of 2011.

However, the couple officially divorced in 2013.