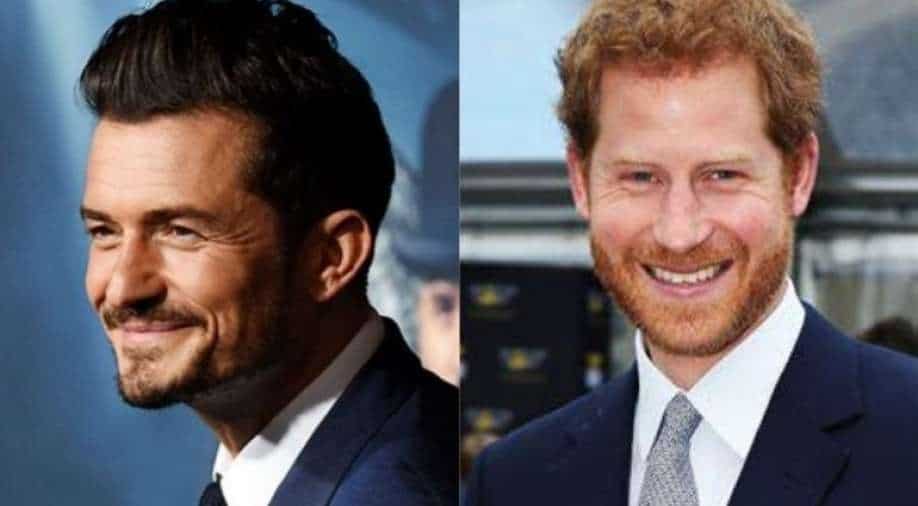 Earlier, Prince Harry said that his life in California is much better for the family

It's been a year since Prince Harry left his country, the UK and moved to start a new life with his wife Meghan Markle and son Archie in California, USA and started living in the sprawling, $14 million mansions in the famous Hollywood Montecito neighbourhood which is home to many famous celebrities.

The 36-year-old Duke of Sussex recently appeared on Dax Shepard 'The Armchair Expert' podcast for an interview. During the talk, the prince gave some insights about his new life and revealed the celebrity with whom he is currently sharing a close bond.

Harry opened up about his new friend Orlando Bloom and the reason behind the close bond is "the paparazzi". During the chat, he said, ''Just two days ago, Orlando Bloom sent me a message — because he’s just down the road and we sort of keep in contact because of the paparazzi — he sent me a photograph which his security got of this long-haired guy with a beanie on, with his ear pods in, with his massive camera lying in the back of his 4×4 truck,'' Harry said.

“A woman driving who did the peace sign sitting there as a distraction, and he is laid down in the back of this truck taking photographs of them out with their kid and whoever else is in that area.”

“How is that normal, how is that acceptable?” he said.

Both the stars share the same circumstances as the media persons keep sneaking into their house; Bloom has a young child at home which he shares with Katy Perry and he is also dad to son Flynn, who he shares with ex-wife Miranda Kerr. Meanwhile Harry, lives with his pregnant wife and son.

Earlier, Harry said that his life in California is much better for the family. “Here, I can actually lift my head and I feel different. My shoulders have dropped, so has hers,” he said. “You walk around feeling a little bit more free. I get to take Archie on the back of my bicycle. I never had the chance to do that,” he said.