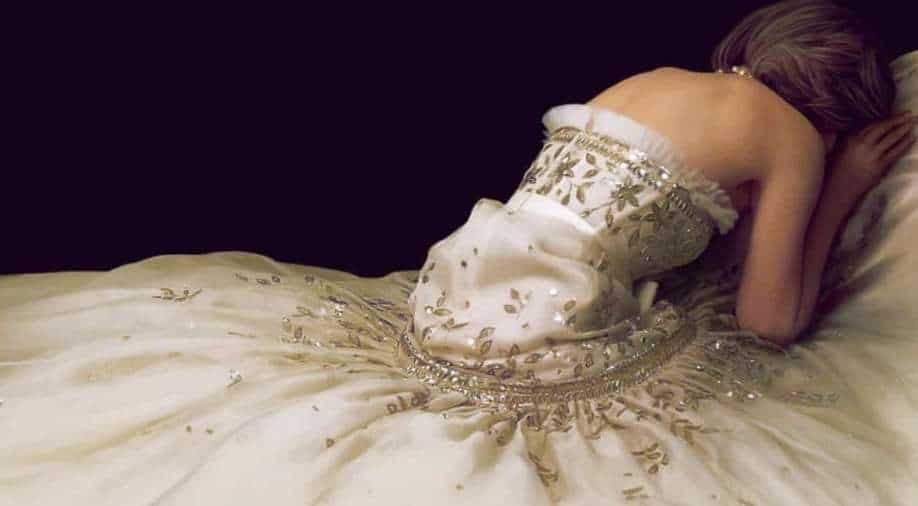 Meet the new reel Princess Diana as makers revealed the first look of 'Spencer' at the CinemaCon 2021. The film stars Kirsten Stewart in the leading role as the late British Royal.

Kirsten Stewart is headlining the film as she is set to play the late British Royal who has always managed to stay a trending topic for fans around the world.

The film is directed by Pablo Larraín. The poster comes a week before the biopic is due to premiere at Venice Film Festival.

The Spencer poster reveals a bent down supposedly weeping Princess Diana as she is spotted wearing a white gown with dainty work on it. It looks a lot like the ‘Diaghilev gown Diana Spencer wore on occasions such as a visit to the Royal Opera House and the film premiere of ‘The Living Daylights’. It was designed by David and Elizabeth Emanuel, who also created her wedding dress.

The film, written by Steven Knight, is said to unfold over a long weekend over the Christmas holidays in 1991 at Sandringham.

It captures the three days in Diana’s life as she decided to end her marriage with Prince Charles. The film also features Timothy Spall, Sally Hawkins and Sean Harris.
Meanwhile, the 78th Venice Film Festival opens on Tuesday with Pedro Almodóvar’s latest film, ‘Parallel Mothers’, in which he reunites with Penélope Cruz.

Model attacked by leopards in Germany during photoshoot