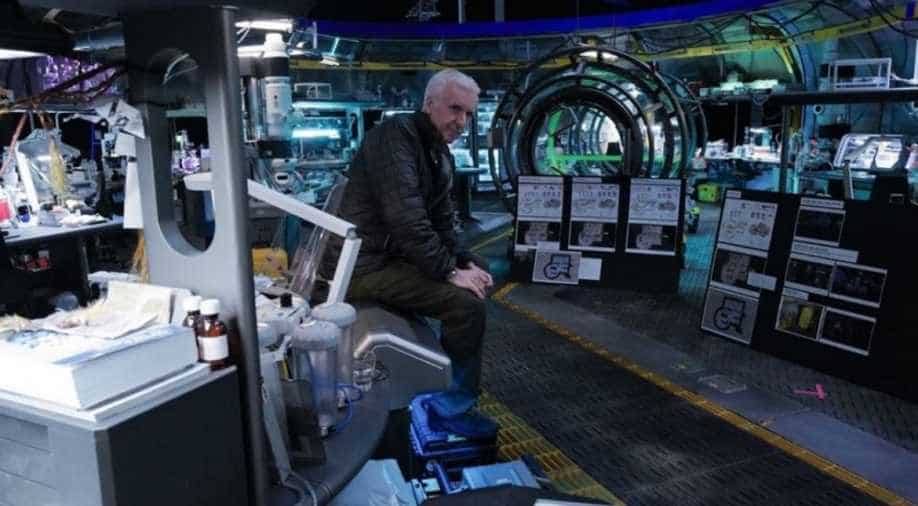 The film has now been slated to release in December 2022.

James Cameron’s upcoming sequel to ‘Avatar’ was one of the few films that had to pause because of the pandemic. Now, as restrictions ease and film shooting has begun James Cameron is back in business.

The cast and crew flew down to New Zealand earlier last month to resume work and had even shared pictures from the set.

In the #Avatar sequels, you won’t just return to Pandora — you’ll explore new parts of the world.

Check out these brand new concept art pieces for a sneak peek at what’s to come. pic.twitter.com/bfZPWVa7XZ

In a new photo shared by the official handle of the film, we can see a wide shot of the labs et. The photos were shared by the film’s producer Jon Landau as James Cameron is seen “studying the set before filming”.

From the set of the sequels: @JimCameron studies the High Camp Bio Lab set before that day’s filming. pic.twitter.com/iPQ3miInF4

The film’s live-action filming has begun in New Zealand but makers are yet to kickstart the production work in Los Angeles.

The Crabsuit: A human driven multifunction submersible. One of the many new RDA vehicles that will be seen in the Avatar sequels.

Thanks to Producer @JonLandau for sharing this concept art! pic.twitter.com/8RwZ38nizj

In July, James Cameron released a statement, which said that the unexpected delay in starting the production due to COVID-19 has forced them to push the release of the first sequel. ‘Avatar 2’ was originally scheduled to hit screens in December 2021.

The film has now been slated to release in December 2022. This means that the subsequent sequels have also been pushed back by a year.