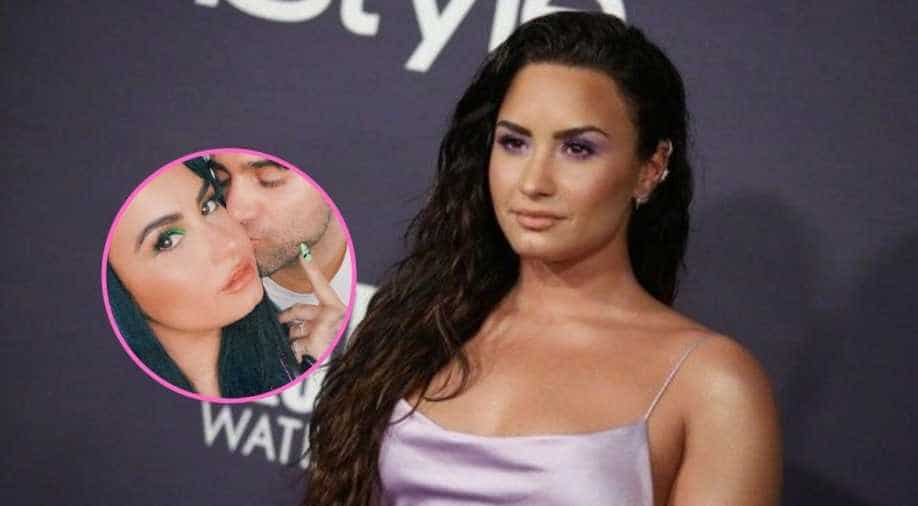 The couple started dating in March, and almost spend their lockdown together.

As per sources, the singer, 28, and the actor, 29, have called off their engagement to focus on their respective careers. They were reportedly struggling to make their relationship work.

When I was a little girl, my birth dad always called me his “little partner” - something that might’ve sounded strange without his southern cowboy like accent. To me it made perfect sense. And today that word makes perfect sense again but today I’m officially going to be someone else’s partner. @maxehrich - I knew I loved you the moment I met you. It was something I can’t describe to anyone who hasn’t experienced it firsthand but luckily you did too.. I’ve never felt so unconditionally loved by someone in my life (other than my parents) flaws and all. You never pressure me to be anything other than myself. And you make me want to be the best version of myself. I’m honored to accept your hand in marriage. I love you more than a caption could express but I’m ecstatic to start a family and life with you. I love you forever my baby. My partner. Here’s to our future!!!! 😩😭❤️🥰😍 Ps. THANK YOU @angelokritikos FOR HIDING BEHIND ROCKS AND CAPTURING THE ENTIRE THING!!! I love you boo!!!

''It was a tough decision, but Demi and Max have decided to go their separate ways to focus on their respective careers. They have respect and love for one another and will always cherish the time they spent together," a source said.  There is no official announcement from the couple yet.

Falling more and more in love everyday with you honey 💖 photocred: @brianbonifassi

The couple started dating in March, and almost spend their lockdown together. In July, Max popped the question on a dreamy beach proposal setup. They announced their engagement on Instagram by sharing a photo of themselves kissing.

The news comes days after Lovato slammed the old messages from Ehrich professing his love for Selena Gomez. Lovato claimed that the viral screenshots were fake.