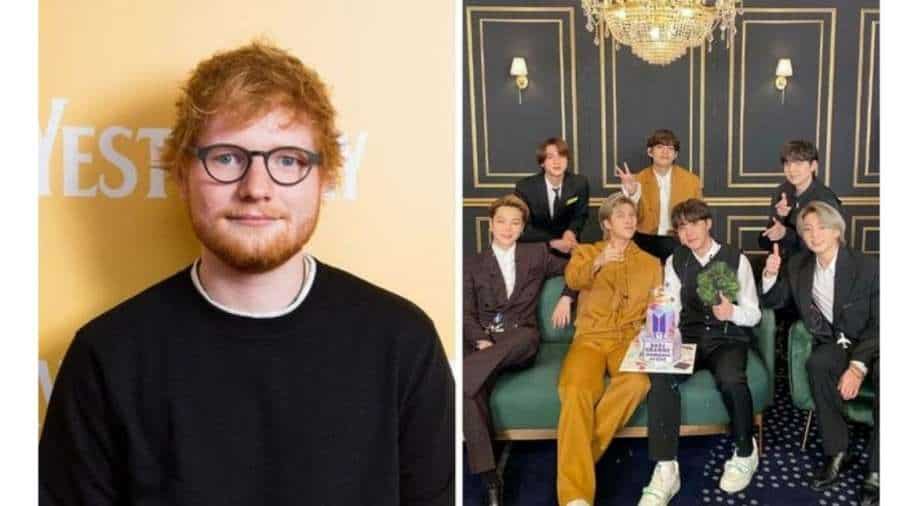 Following up on their ‘Butter’ CD single release on July 9, K pop band BTS have finally announced news of their collaboration with Ed Sheeran on a new track titled ‘Permission To Dance’. This comes after several weeks of teasers followed by Ed Sheeran's confirmation about his involvement in their upcoming song.

BTS has now unveiled a new tracklist for their upcoming CD single ‘Butter’ too that is slated to release on July 9. The CD will include 'Butter' and the new track, 'Permission to Dance'.

It is created by Ed Sheeran as well as Steve Mac, Jenna Andrews, and Johnny McDaid. Both the songs will have their instrumental as well in the CD single. Priyanka Chopra, Virat Kohli on Instagram rich list 2021

Meanwhile, BTS' dance-pop anthem 'Butter' is currently at No. 1 on the Hot 100 chart for five consecutive weeks, making BTS the first Asian act in history to achieve this milestone. The group has broken the tie with Aerosmith and surpassed their 23-year-old record with the track 'I Don’t Want to Miss a Thing'.