Deepika Padukone unveils the character posters of 'Gehraiyaan' on her birthday 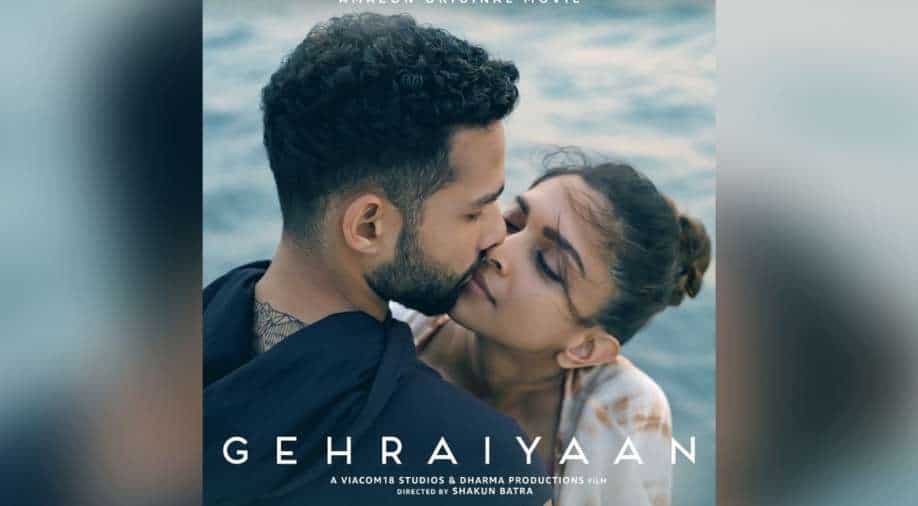 Deepika Padukone turned 36 on January 5 and took to social media to share a special gift for her fans.

Bollywood star Deepika Padukone turned 36 on January 5 and took to social media to share a special gift for her fans. On Wednesday, Padukone unveiled the first posters of her upcoming film 'Gehraiyaan'.

The film also co-stars Siddhant Chaturvedi, Ananya Panday and Dhairya Karwa. The film has been directed by Shakun Batra.

Padukone unveiled six posters of the film which revolves around four individuals and is touted to be a complex love story. The posters also give a glimpse of the complex relationship each of the characters share in the film.

"A little birthday present for all the love you have showered us with! #GehraiyaanOnPrime releasing 11th February!", the actress captioned the post.

The film has been produced by Karan Johar's Dharma Productions.

The makers had planned a grand trailer launch of the film on January 5th in Alibaug, Maharashtra but had to cancel the event owing to the surge in COVID-19 cases.

'Gehraiyaan' was announced back in 2019 but got delayed due to the pandemic.

The film is now slated to release on Amazon Prime on February 11.