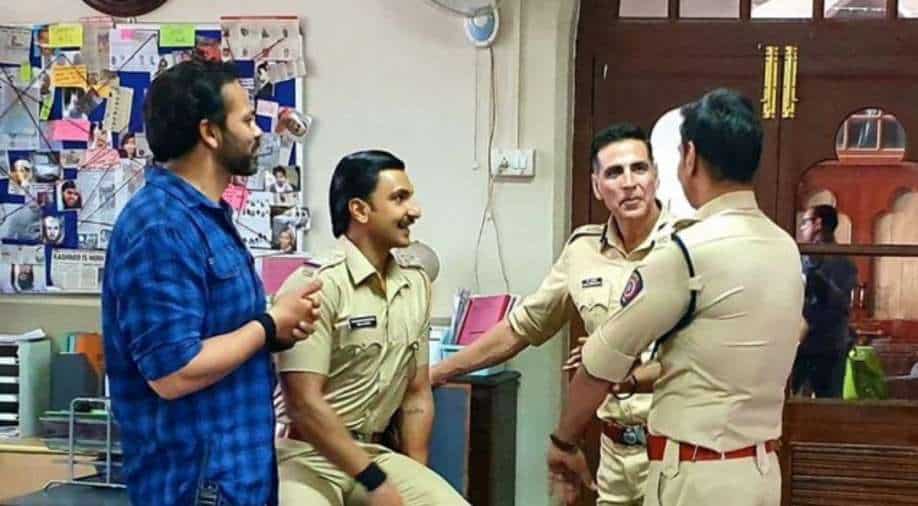 Akshay Kumar's post announcing 'Sooryavanshi' release date did not go down well with a few netizens when Spl DGP RK Vij found a loophole in the particular image.

On Saturday, Akshay Kumar shared a BTS picture from the sets of 'Sooryavanshi' as he announced the new release date of the film. The image features Akshay Kumar, Ranveer Singh, Ajay Devgn and filmmaker Rohit Shetty. The actors dressed in police uniform can be seen chatting with the filmmaker.

However, the post did not go down well with a few netizens when Spl DGP RK Vij found a loophole in the particular image."Inspector sahab baithe hai (tan kar) aur SP Sahab khade, aise nahi hota hai janab," the inspector tweeted. The inspecter reminded the actor about the rankings in the police force and the protocols that one follows according to one's position.

Another social media user commented, "These people do not have any idea about protocols." Watch the trailer of 'Sooryavanshi' here

Responding to DGP`s tweet, Akshay clarified that it was just a BTS picture and everyone associated with the film has the highest regard for police forces.Remindin his fans that they are all actors, Kumar tweeted, "Janab ye toh behind the scenes photo hai. Hum kalakar logo ke lie jaise hi camera on hua, ekdum protocol wapas. Regards forever to our great police forces. Hope you like the film when you watch it," he wrote.

Singh and Devgn have cameo appearances in the film which is slated for a Diwali release later this year. The release confirmation came shortly after the Maharashtra government announced that theatres will be opened in the state in October.

'Sooryavanshi' also stars Katrina Kaif in the lead role. It was originally scheduled to release on March 24, 2020, but was delayed due to the coronavirus pandemic.

Also see: '83' to 'Sooryavanshi' : Big-budget Bollywood films that you can finally watch in theatres in 2021-22