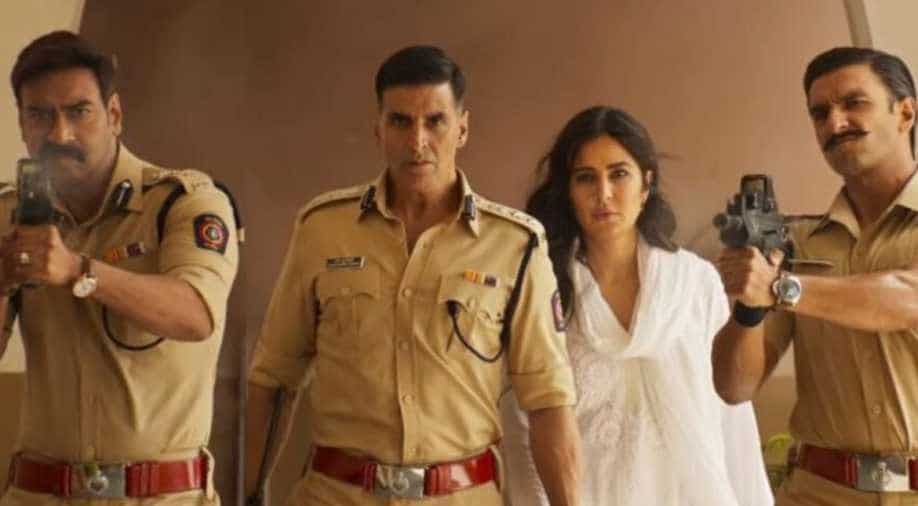 The much-awaited trailer of ‘Sooryavanshi’ is finally here as it features Akshay Kumar, Ajay Devgn and Ranveer Singh in their popular cop avatars in the Rohit Shetty directorial.

The ‘Sooryavanshi’ trailer starts with Ajay Devgn narrating about Mumbai and the various terrorist attacks it has suffered from starting from 1993 blasts till the very recent Taj hotel attacks in 2008.

The frame then moves to Akshay Kumar as Sooryavanshi who is assigned with an important task of keeping the city safe from a terror attack that is being planned by the enemies of the state. When Akshay is able to nab one terrorist, he tells him, "Mumbai police passport pe religion dekh kar goli nahi chalati. Criminal record dekh kar thokti hai.”

We are then also introduced to the character of Katrina Kaif who plays his wife in the film. Also read: Katrina Kaif calls 'Sooryavanshi' cast best crew, shares picture

Joining Sooryavanshi is Singham Ajay Devgn and Simmba Ranveer Singh who were earlier seen in the films by the same names.

The trailer also has a lot of action with cars, helicopters, bikes and drama.