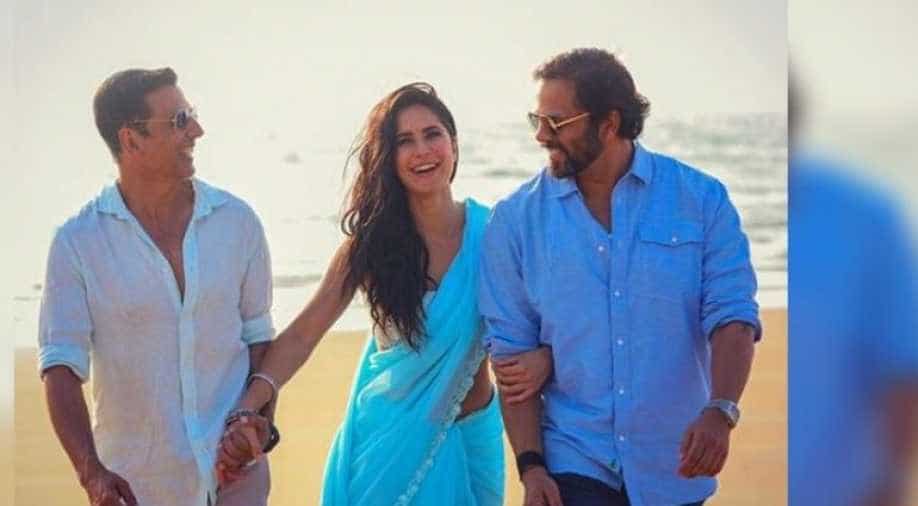 Rohit Shetty's upcoming film  'Sooryavanshi' is the new talk among movie enthusiasts, and on Monday actor Katrina Kaif added to the excitement of the fans as she shared a picture with the lead actor of the film Akshay Kumar and with the director.

The 'Zero' actor, Katrina, never missed a chance to treat the moviegoers by dropping glimpses from the forthcoming movie on her social media handle, ever since the news of the outing came into light. Also read: Akshay Kumar extend Lohri wishes to their fans

She hopped on to Instagram and posted the photo along with a caption that read, "A perfect start to the year ....friends, laughs, smiles, onset ....... the best crew entire team, every day on set has been full of so much love and joy, just how films should be made .... see u in cinemas March 27th #sooryavanshi @itsrohitshetty @akshaykumar."

A perfect start to the year ....friends , laughs , smiles , onset 🎥 ....... the best crew entire team , everyday on set has been full of so much love and joy , just how films should be made ❤️.... see u in cinemas March 27 th 🌟💛 #sooryavanshi @itsrohitshetty @akshaykumar

The still which is set in the backdrop of a beach saw the 36-year-old actor donned in a sky blue saree smiling for the camera while holding hands of Akshay and Rohit who are standing either side of hers.

The entire team of the cop thriller was quite active throughout the shooting days in updating their fans by sharing multiple pictures on social media. The shooting of the multi-starrer had begun in May and is set to hit the big screens on March 27th.

The movie has been creating a buzz among the moviegoers not solely because of the ensemble cast but because it is likely to feature the remake of the iconic 90s song 'Tip Tip Barsa Paani' which will reportedly feature Katrina Kaif opposite Akshay.