'Brahmastra' postponed again, this time because of coronavirus 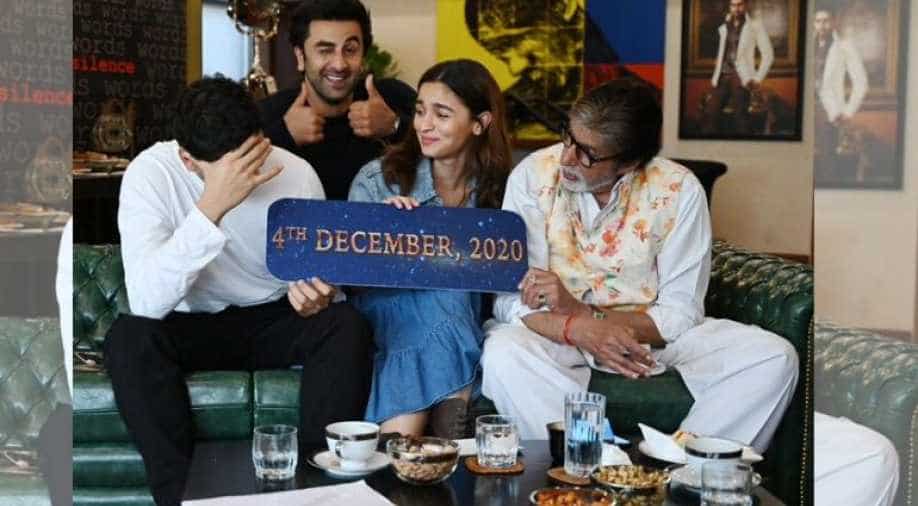 The Karan Johar production was being hurriedly completed so that the film could meet its scheduled date of release -- December 4, 2020.

Ranbir Kapoor and Alia Bhatt starrer ‘Brahmastra’ will now not release this year as it gets postponed again.

The Karan Johar production was being hurriedly completed so that the film could meet its scheduled date of release -- December 4, 2020.

But since everything is in lockdown owing to the outbreak of coronavirus, the production of the film has stopped and it will now be spilled over to the next year.

A source close to the film said, “For now the final schedule involving Amitabh Bachchan, Ranbir Kapoor, Alia Bhatt and Nagarjuna has been called off until further notice. The so-called final release date after several postponements is December 4. It seems unlikely that Brahmastra would be able to meet the deadline.”

The film 'Brahmastra' will have Alia Bhatt and Ranbir Kapoor in a film together for the first time. This will be th first time we will see the real-life couple together. Also, it stars Amitabh Bachchan, Nagarjuna, Mouni Roy and others.

In Pics: From books to music, these 8 podcasts will keep you entertained as you self isolate