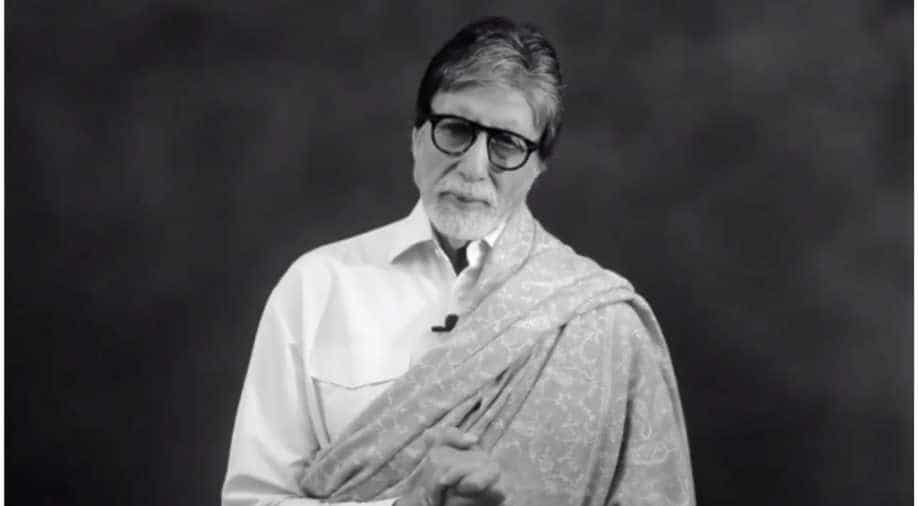 The post read, "When the world was wavering! Hindustan was shining! Today's picture is telling this.”

Amitabh Bachchan caused quite a stir on social media yesterday when after the 9 pm 9 minutes call by PM Modi, the superstar shared a satellite photo of India during the time. The photo turned out to be fake with people trolling the star.

The post read, "When the world was wavering! Hindustan was shining! Today's picture is telling this.” He claimed that India looked like that in the picture from those 9 minutes when everyone shut their light and lit up diyas and candles.

The picture as it turns out was not a satellite photo of India during the #9pm9minutes activity on Sunday, but rather, a photoshopped image of Google's visualisation of the global effects of the #MeToo movement that showed all of India brightly lit up with people searching for information about the movement.

Soon after Big B tweeted the photo, one user wrote, "And the #KingOfFakeNews is back appreciating a Whatsapp forward. Request @TwitterIndia to suspend him and save us the daily embarrassment."

Another tweeted, "Whatsapp ruined the celebs by unmasking them and exposing their superlative levels of stupidity."

From being a national pride to becoming a national embarassment - the slide was quick and brutal. Just retire, dude @SrBachchan 🤦🏽‍♀️

This is the third time in recent past that Amitabh has been trolled for his ‘controversial tweets’. Earlier, during the Janta curfew announcement by Modi on last Sunday, Bachchan had tweeted a fake theory that claimed vibrations from clapping, blowing conch shells would have reduced or destroyed coronavirus potency as it was "amavasya", the darkest day of the month. Also read, Amitabh Bachchan dedicates 'Coolie' film song to doctors amid COVID-19 crisis

Amitabh Bachchan wants to delete year 2020, says ‘it has a virus’

In another news, Amitabh Bachchan to provide ration to 1 lakh daily wage earners