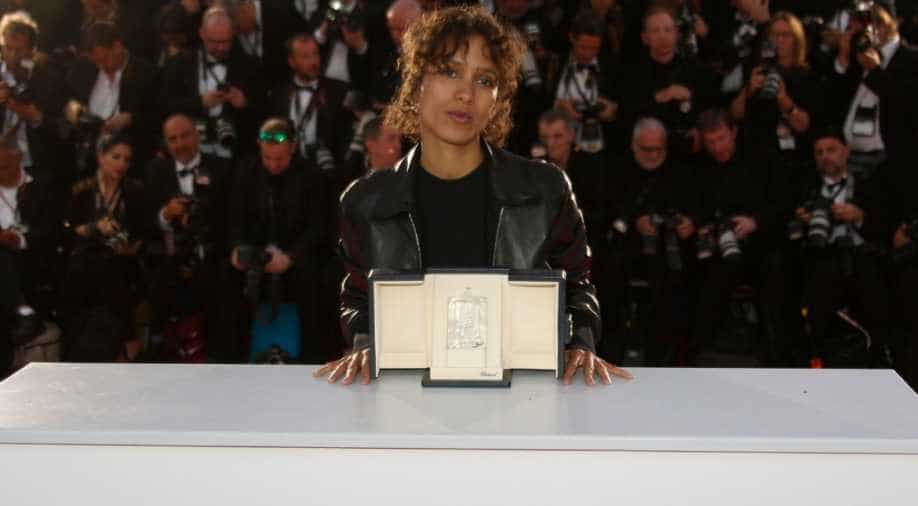 The coming-of-age tale has already won critical acclaim, securing the Grand Prix award at the Cannes Film Festival in May, and it will reach a wider audience this month when it hits US cinema screens and debuts on screening platform Netflix.

To capture the harsh reality of life in Senegal, film director Mati Diop chose young people she met at building sites, bars and in Dakar's poorer suburbs as the stars of 'Atlantics', a ghost story about migrants and those they leave behind.

The coming-of-age tale has already won critical acclaim, securing the Grand Prix award at the Cannes Film Festival in May, and it will reach a wider audience this month when it hits US cinema screens and debuts on screening platform Netflix.

The film centres on Ada, a young woman facing a forced marriage whose life unravels after her secret lover Souleiman drowns at sea. Like thousands of West Africans in recent years, he had risked his life on the Atlantic route via the Canary Islands to Europe in search of a better future.

But rather than focusing on the migrants' fate, Franco-Senegalese Diop highlights the challenges and struggles faced by many young people inside Senegal, where around half the population live below the poverty line.

"It was very delicate to make a movie about this because you take the risk of locking an entire youth and an entire country within the theme of immigration, and that was everything which I did not want to do," said Diop, the first black female director to win the jury prize in Cannes.

To preserve authenticity, Diop chose not to employ professional actors in key roles. She met Ibrahim Traore, who plays Souleiman, on a construction site. Other cast members were found outside night clubs or in the streets where the film is set.

Traore's character decides to brave the ocean after not being paid for months for his building work - a common issue in Senegal where underemployment is widespread.

"Everything that was covered in the movie exists in Senegal," said Amadou Mbow, who plays a police officer who ends up being possessed by Souleiman's ghost.

"It's really Senegal's reality: forced marriage and exploitation of the youth."

The number of Senegalese risking the Atlantic route has fallen sharply from its mid-2000s peak, when tens of thousands reached the Canary Islands or died trying. But the lack of opportunities is a growing issue in a country where more than 40% of the population is under 15.