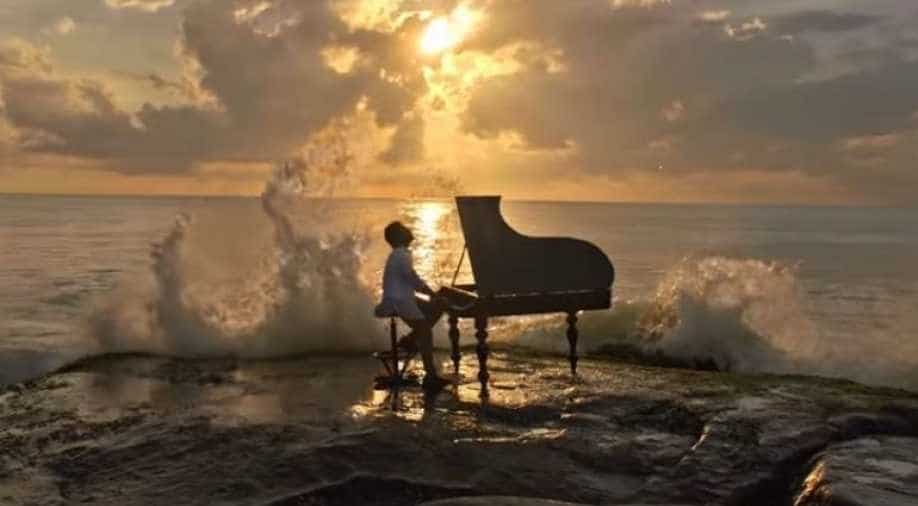 On Saturday night at the Purple Pub in Ghana's capital Accra even the pandemic and an official shutdown of bars and clubs can't stop the music.

After midnight, the chairs empty, whether it is Sarkodie or Stonebwoy, the kings of Ghanaian Afrobeats soon have the whole street swinging.

In a music scene long ruled by giant neighbour Nigeria, Afrobeats from Ghana are now finding favour not only in Accra's clubs but in a thriving international market beyond West Africa.

"Not only is Afrobeats hyper-popular here in Ghana, it's now gaining real recognition on the international stage," says Stonebwoy in his Accra recording studio, which is lined with international accolades.

"We are seeing Afrobeats festivals appear in Europe, I am happy to see West African music go so far. I even have hardened fans in India and Bangladesh," says the singer who counts 3.6 million Instagram followers.

Afrobeats takes its name from the Afrobeat musical genre of the 1970s popularised by the music icon Fela Kuti and which exploded in Nigeria.

Western audiences were discovering the Afrobeats scene in 2016 thanks to the hit "One Dance", featuring Canadian superstar Drake and Nigerian Wizkid.

The tune soared in popularity to secure a place as the most played song of all time on Spotify, surpassing one billion streams.

Gyakie and Joey B boast hundreds of thousands of Instagram followers while KiDi has 1.6 million, Sarkodie 4.4 million and Shatta Wale 3.2 million.

Shatta Wale's "Already" featuring Beyonce and Major Lazer was one of the hits of the summer of 2020, securing Ghana a place among the countries which now count on Africa's pop scene.

"Our music industry is finally being taken seriously," he says, saying the country can now take its talents to the international stage.

Stonebwoy's latest album, for example, has been listened to over a million times in a week on the platform.

"And a lot of those tapping came from abroad," Seneadza said.

Young singer Gyakie signed a contract with US giant Sony Music earlier this year, shortly after a delegation from the label travelled to Ghana to scout the local market.

"In Afrobeats, Ghana is now in a position to compete with Nigeria," said Jim Donnett, public relations manager of Sony Music West Africa.

"But it's healthy competition."

Musicians attribute this success to the mixture of genres.

"My music is Afro-dancehall influenced by Caribbean music," says Stonebwoy, a bright red cap resting on his braided hair.

"I borrow from Jamaican dancehall, reggae, and cook it all in the big pot of African music, adding the rhythms and melodies unique to the continent."

But the Ghanaian Afrobeats stand out from their Nigerian big sister in one particular way: the legacy of "Highlife".

The genre appeared in colonised Ghana, then called Cote-de-l'Or, at the beginning of the 19th century, by adapting the traditional rhythms of the Ashanti people to Western instruments brought by the colonists.

It was thanks to Highlife that Ghana enjoyed its first success on the international music scene.

"But the recent popularity of Afrobeats is of a different nature."

Thanks to the internet, young Ghanaian artists can achieve viral success very quickly, he said.

But Ghana's scene now faces another challenge: the Covid-19 pandemic and the strict health restrictions put in place by the government since March 2020 that have been a blow to the music sector across the world.

The cancellations of festivals and concerts, which represent the bulk of income for African artists, have further weakened a sector where funding was already fragile.

"All eyes are on Africa right now, and we, the young Ghanaian creators, feel that it is the right time to emerge," says young talent Sofie on the sidelines of a shoot for a new video in a private villa in Accra.

"What we lack now is a real industry, structured and funded with the help of the state."