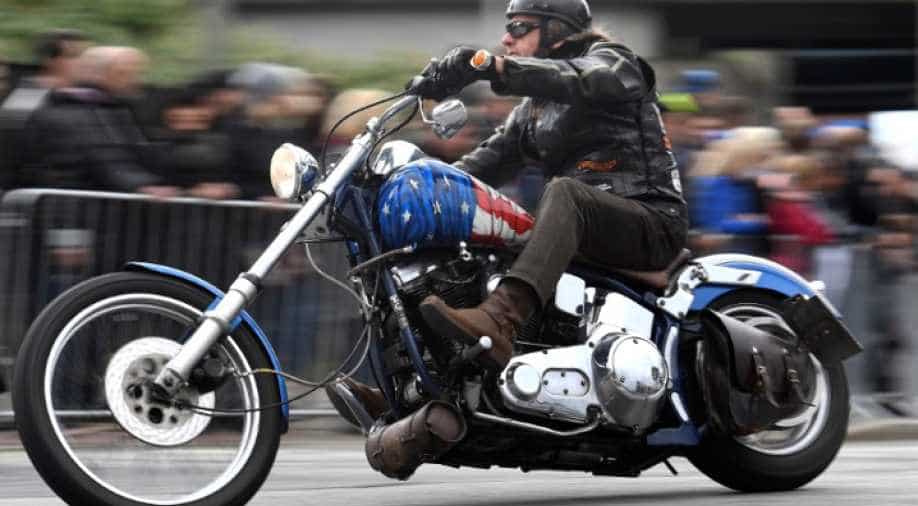 Donald Trump's call to boycott the motorcycle manufacturer for its decision to move production for European markets overseas has compounded the company's troubles.

Harley-Davidson Inc reported its steepest decline in domestic sales in eight years on Tuesday, and warned that motorcycle shipments for the year will be at the lower end of its forecast as it faces higher tariff-related costs.

Milwaukee-based Harley's shares reversed course and were down 5 percent, giving up premarket gains after company the recorded its best quarterly profit in two years.

"We expect U.S. industry to remain challenged into 2019 and will continue to proactively address the weak U.S. industry," Chief Financial Officer John Olin said on a conference call with analysts.

Harley's demographic challenges in the domestic market are well documented - core customers are growing older and efforts to attract new and young riders have yet to show results.

In addition, President Donald Trump's call to boycott the motorcycle manufacturer for its decision to move production for European markets overseas has only compounded the company's troubles.

Harley said on Tuesday it could see up to $48 million in costs from tariffs in 2018.

Rising costs and a tit-for-tat tariff war with China have weighed on the shares of most U.S. manufacturers. Harley's shares are down about 30 percent so far this year and have underperformed the broader S&P 500 index.

To be sure, the company still dominates the local heavyweight motorcycle market, but rivals such as Polaris are chipping away at its market share.

To counter weak demand at home, Harley plans to make deeper inroads into some of the fastest growing two-wheeler markets in Asia through lightweight motorcycles.

Retail sales in the United States, which accounts for more than half of the company's sales, fell 13.3 percent in the three months ended Sept. 30 from a year ago. Total retail sales were down 7 percent. Analysts expect 2018 to be the third straight year of declining sales.

International retail sales, however, rose about 3 percent, led by Europe.

"First look (EPS beat) looks good, but when you dig further you see that retail was worse than expected, especially in the United States," Wedbush analyst James Hardiman said.

Revenue from motorcycles and related products rose 16.8 percent to $1.12 billion.

Analysts on average expected a profit of 53 cents a share and revenue of $1.07 billion, according to data from Refinitiv.