Samsung to outsource production to China to fend off rivals 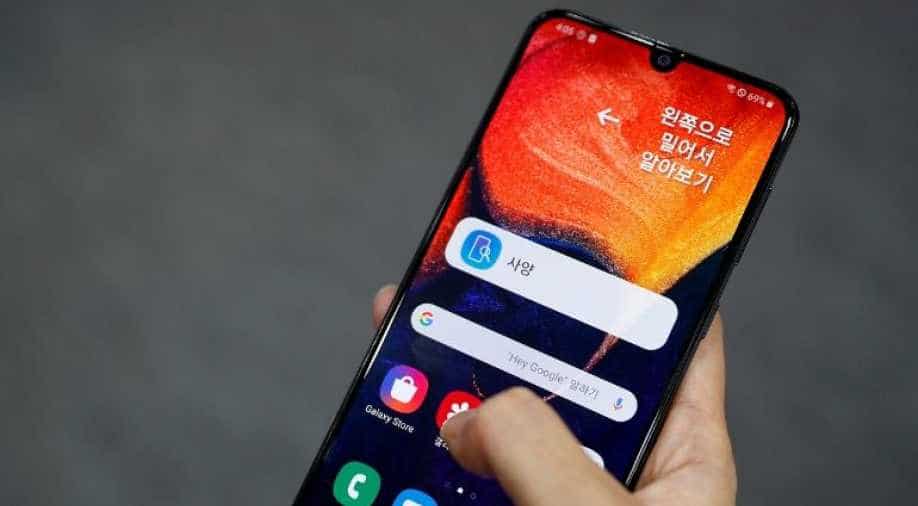 "It is crucial to cut costs to maintain competitiveness with Huawei and other Chinese handset makers," said a Samsung insider who declined to be named

Samsung's plan to outsource a fifth of its smartphone production to China next year may help it compete with low-cost rivals such as Huawei and Xiaomi but it's a strategy fraught with risks, people with familiar with the move said.

Samsung Electronics, which shut its last in-house Chinese smartphone factory in October, is quietly moving production of some Galaxy A models to contractors such as Wingtech, which are little known outside China.

Samsung has been coy about the volumes involved but sources said the South Korean tech giant plans to ship some 60 million phones made in China by so-called original design manufacturers (ODMs) next year out of a total of about 300 million devices.

Wingtech and other ODMs make phones for multiple brands - including Huawei, Xiaomi and Oppo - giving them the economies of scale to keep costs down, and the nimble contractors can develop and produce new budget phones quickly.

Critics of Samsung's strategy say it risks losing control of quality and undermining its manufacturing expertise by outsourcing, and may even help rivals by giving contractors the extra volume they need to lowers costs further for all.

Samsung can ill afford another quality crisis. It scrapped its flagship Galaxy Note 7 in 2016 after reports the expensive phones were catching fire and delayed the launch of its folding phone this year after screen defects were identified.

But with margins razor-thin for budget smartphones, people familiar with Samsung's strategy say it has little choice but to follow rivals and use Chinese ODMs to shave costs.

"This is an inevitable strategy rather than a good strategy," a source with knowledge of Samsung's Chinese operations said.

Samsung said in a statement to Reuters that it has been making limited lines of smartphones outside its own plants to broaden its existing portfolio and "ensure efficient management in the market". It declined to say how many Samsung phones are made by ODMs and said future volumes had yet to be determined.

Wingtech did not respond to a request for comment.

Research firm Counterpoint says ODMs can procure all the components needed for $100-$250 smartphones for 10 per cent to 15 per cent less than major brands with their own factories in China.

One supply chain source said Wingtech can get some parts for up to 30 per cent less than Samsung Electronics pays in Vietnam, where it has three factories churning out smartphones, TVs and home appliances.

Wingtech started making tablets and phones for Samsung in 2017, accounting for 3 per cent of its smartphones. That's expected to hit 8 per cent, or 24 million units, this year, according to IHS Markit.

Samsung's outsourcing plans involve its lower and mid-range Galaxy A series, with Wingtech having a hand in both design and production, sources said. The A6S, one of the models to be outsourced, costs from 1,299 yuan ($185) in China.

The Wingtech phones will mainly go to Southeast Asia and South America, one source said. Samsung is gaining share in both at the expense of Huawei, which is suffering from U.S. sanctions that bar it from putting all Google's services on new phones.

While Samsung is anxious to remain global smartphone market leader, some analysts worry it might not be worth the risk is given that profits in the budget phone business are scarce for all.

"Low-end phones are a headache for Samsung," said CW Chung, head of research at Nomura in Korea.

Chung said they were now commodity products and it was "nonsense" to make them in-house. But he and other experts said if Samsung gave ODMs more volume, that could cut contractors' costs further and boost their experience and knowledge.

"If ODM firms become more competitive, rivals will be more competitive," Tom Kang, an analyst at Counterpoint said, adding that once a company loses its expertise in making low-end phones by outsourcing, it is difficult to regain the know-how.

US rival Apple outsources production to Taiwan's Foxconn Technology, which has factories in China, but Apple still designs its phones in California.

Samsung said in an emailed response to Reuters that it will be involved in the oversight of the design and development of smartphones produced by ODMs.

One person familiar with Samsung and Chinese ODMs said contractors save money by cutting some steps out of the manufacturing process, potentially raising quality issues. He declined to go into details.

With that in mind, Samsung has been pairing South Korean component suppliers with Chinese contractors to keep closer tabs on quality control, the person said.

"We understand the logic of increasing the production volume with Chinese contractors is a strategic business decision but that doesn't mean all of us are happy about it," an executive at a Korean component supplier said.

Samsung told Reuters it has applied the same quality checks and standards it does with all its devices, adding that it was committed to delivering high-quality products.

Historically, Samsung has designed and produced almost all its phones in-house in vast factories in Vietnam and, more recently, India while winding down production in South Korea and China where labour costs more.

But Roh Tae-moon, the youngest executive to become a president at Samsung Electronics, is championing the new ODM strategy in his role as number two at the mobile division, two people familiar with the matter said.

"It is crucial to cut costs to maintain competitiveness with Huawei and other Chinese handset makers," said a Samsung insider who declined to be named.

Other Korean firms have also embraced outsourcing. LG Electronics, whose smartphones have been losing money for several years, has said it plans to expand its ODM output from budget models to mid-priced phones.

"Smartphones have come down to a battle over costs. It's a game of survival now," said Kim Yong-serk, a former Samsung mobile executive who is a professor at South Korea's Sungkyunkwan University.