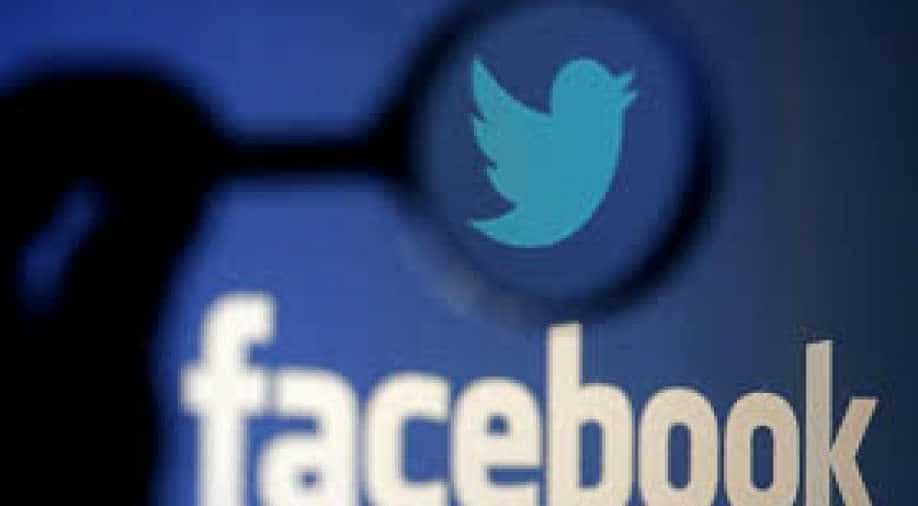 Facebook has been under especially strong pressure ahead of next week's US presidential election and is aiming to avoid a repeat of 2016, when Russia used its platforms to spread election-related misinformation.

Facebook shone, Alphabet rallied, Apple sank and Twitter tumbled on Thursday after a mixed bag of quarterly reports from top-tier technology companies that investors have relied on this year to power a stock market rally through the coronavirus pandemic.

Alphabet and Facebook both reported strong rises in advertising sales and some caution about the future. Facebook, which often is conservative with forecasts, said that pandemic-related uncertainty could make for a difficult 2021.

"These results are testament to the incredible strength of the Google franchise," said Nicholas Hyett, an equity analyst at Hargreaves Lansdown. "Where other marketing driven businesses are struggling as advertisers become more cost conscious, it seems some of the cash is in fact finding its way to the internet search giant."

Apple fell over 5% after its iPhone sales missed estimates, although its quarterly revenue and profit beat analysts' expectations. That wiped $100 billion from Apple's stock market value.

Twitter reported fewer new users than Wall Street expected, sending its shares 17% lower. If Twitter falls that much in Friday's trading session it will have been its deepest one-day drop since March, when fear related to the pandemic sent global stock markets into a deep selloff.

The results come a day after the CEOs of Facebook, Google and Twitter testified before the Senate Commerce Committee, rebuffing accusations of anti-conservative bias and promising to aggressively defend their platforms from being used to sow chaos in next week's election.

Facebook's profit jumped in the recently-ended quarter as it benefitted from a rebounding online ad market despite a boycott.

The leading social network's profit jumped 29 per cent to $7.8 billion in the quarter on revenue that climbed to $21.2 billion as people continued to rely on the internet and social media to stay connected while staying safe from the pandemic.

Total revenue, which primarily consists of ad sales, rose to $21.47 billion from $17.65 billion in the third quarter ended September 30, beating analysts' estimates of $19.82 billion, according to IBES data from Refinitiv.

The company has been under especially strong pressure ahead of next week's US presidential election and is aiming to avoid a repeat of 2016, when Russia used its platforms to spread election-related misinformation.

Conservatives have accused Facebook and others of political bias as the platforms step up their oversight of content to clamp down on false or violent material. US President Donald Trump has threatened new regulatory measures which could impact the business models of platforms.

Also, Facebook Inc on Thursday warned of a tougher 2021 despite beating analysts` estimates for quarterly revenue as businesses adjusting to the global pandemic continued to rely on the company's digital ad tools.

The social media company said in its outlook that it faced "a significant amount of uncertainty," citing impending privacy changes by Apple and a possible reversal in the shift to online commerce prompted by the pandemic.

Meanwhile, Twitter Inc on Thursday added fewer users than Wall Street had expected and said expenses would accelerate in the current quarter, sending its shares tumbling 13 per cent.
Shares of Twitter fell to $45.23 in after-market trading.

The San Francisco-based social media company said it had 187 million monetizable daily active users (mDAU) during the third quarter, missing consensus analyst expectations of 195.2 million users, according to IBES data from Refinitiv. The figure stood at 186 million in the previous quarter.

Costs and expenses grew 13 per cent from the same period last year to $880 million, as the company said it spent more on infrastructure-related expenses.

Twitter said it expected its costs and expenses to grow closer to 20 per cent year over year in the current quarter, an acceleration on the rate in the third.

Last year, Twitter suffered from technical glitches that hurt its ability to target ads, though the company has since rolled out fixes.

Ad revenue in the third quarter grew 15 per cent to $808 million from the same period a year ago, surpassing estimates of $645.95 million.

Twitter noted that many companies paused ad spending during the second quarter due to widespread protests after the death of George Floyd in May and said there could be a similar dynamic with the US election.