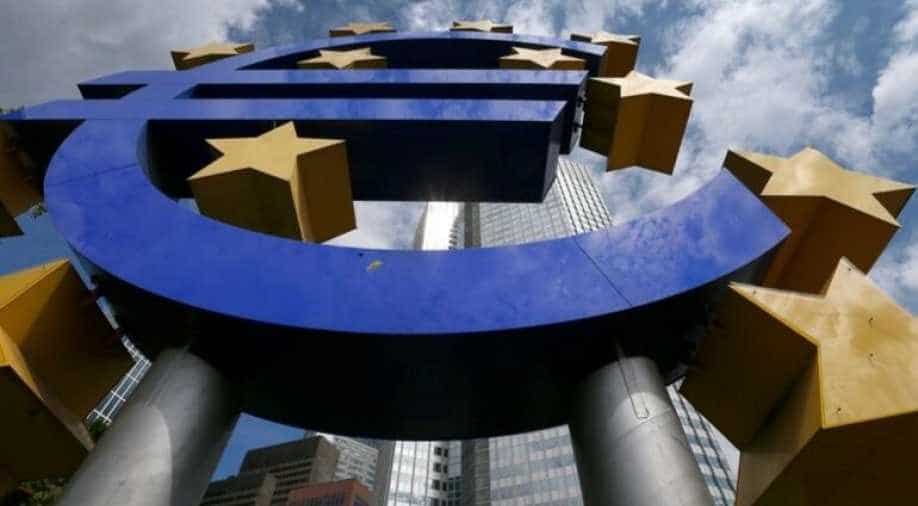 The weaker than expected September number, the lowest year-on-year figure since November 2016, was mainly due to a 1.8% year-on-year fall in energy prices.

Eurozone inflation slowed in September to near a three-year low because of cheaper energy although core inflation edged higher, highlighting the challenges facing the European Central Bank.

The divergence between the headline and core figures underlines the split of opinion over the state of the eurozone economy among the governors of the ECB. It wants to keep inflation below, but close to 2 per cent over the medium term but has so far failed to boost price growth despite years of unconventional steps.

Eurostat said on Tuesday that consumer prices in the 19 countries sharing the euro rose 0.2 per cent month-on-month in September for a 0.9 per cent year-on-year gain. Economists polled by Reuters had expected an unchanged reading of 1.0 per cent.

The weaker than expected September number, the lowest year-on-year figure since November 2016, was mainly due to a 1.8 per cent year-on-year fall in energy prices.

Excluding energy and equally volatile unprocessed food, price growth accelerated to 1.2 per cent in September from 1.1 per cent in August. This number is called core inflation by the ECB which it monitors for monetary policy decisions,

An even more narrowly defined core inflation measure, which excludes energy, food, alcohol, and tobacco and looked at by many market economists, also accelerated to 1.0 per cent from 0.9 per cent year-on-year.

"It should continue to rise slightly in the coming months. However, the strong increase in underlying inflation hoped for by the ECB is still not in sight," said Christoph Weil, economist at Commerzbank.

The ECB decided on September 12 to resume asset purchases to inject more money into the slowing economy and in this way make prices grow more quickly.

But the decision was opposed by a third of ECB policymakers, including Germany's Sabine Lautenschlaeger who resigned before the end of her term last week.

ECB chief economist Philip Lane said last week the division was due to "ambiguity" over the state of the eurozone economy among ECB governors.

"We expect the central bank to take time to assess the impact of last month's easing package before taking further action," a team of Morgan Stanley economists said in a note.

They saw only a minimal boost to the economy even once quantitative easing restarted in November, with inflation remaining subdued. There were also a variety of downside risks to growth.

"With fiscal policy remaining reactive for now, we expect the ECB to take further action. Our base case is for another 10 bp cut in March, though the timing remains rather uncertain at this stage," the Morgan Stanley note said.