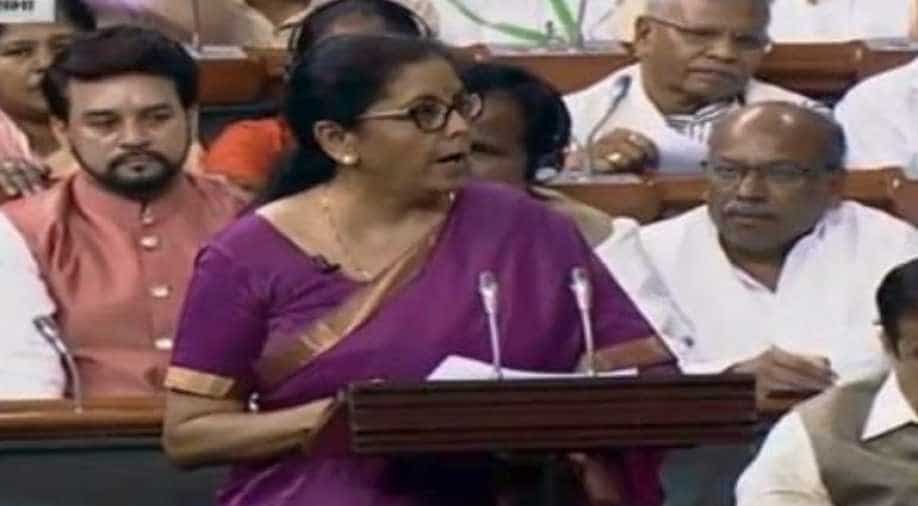 Finance minister Nirmala Sitharaman today announced a slew of measures in the Budget to boost the economy. India is the sixth largest economy, she said. The finance minister said she will announce changes to kick-start foreign investment.

"It's right time to consider increasing minimum public shareholding in the listed companies, I have asked SEBI to consider raising the current threshold of 25 per cent to 35 per cent," India's finance minister informed Parliament during the Budget speech.

"We'll support private entrepreneurship in driving value addition to farmers produce and those from allied activities too, like bamboo, timber and also for generating renewable energy," the finance minister said during her Budget speech.

Proposal to reform KYC for FPIs.

Propose to consider issuing Aadhaar Card for Non-Resident Indians (NRIs) with Indian passports after their arrival in India without waiting for the mandatory 180 days.

Rs 350 crore allocated for 2 per cent interest subvention for all GST-registered MSMEs on fresh or incremental loans.

Pension for shopkeepers and retailers with turnover less than Rs 1.5 crore to be launched under Pradhan Mantri Karma Yogi Maan Dhan Scheme.

100 per cent FDI in insurance intermediaries.

1 crore loans for MSMEs in 59 minutes.

National Highways Programme will be done to ensure the creation of National Highways Grid of desirable capacity. The government envisions using rivers for cargo transport, it will also decongest roads and railways.

Government to invite suggestions for further opening up of FDI in the aviation sector, media, animation AVGC and insurance sectors in consultation with all stakeholders.

PPP to be used to unleash faster development and the delivery of passenger freight services.

Rental laws to be reformed.

Multiple transport lines with one card.

Sagarmala for road, rail and port connectivity. It is meant for 'poor man's transport'.

India to create aspirational jobs in the aviation sector.

Sitharaman pushed for the development of MRO industry.

Annual Global Investors' Meet to be organized in India, using National Investment and Infrastructure Fund(NIIF) as the anchor to get key sets of global players to come and invest in India.

Management of water resources and water supply in an integrated and holistic manner to ensure 'Har Ghar Jal', to all rural households by 2024 under 'Jal Jeevan Mission'.

Government to set up Sports Development Board under Khelo India.

Women Self Help Group(SHG) Interest Subvention Programme to be expanded to all districts in India.