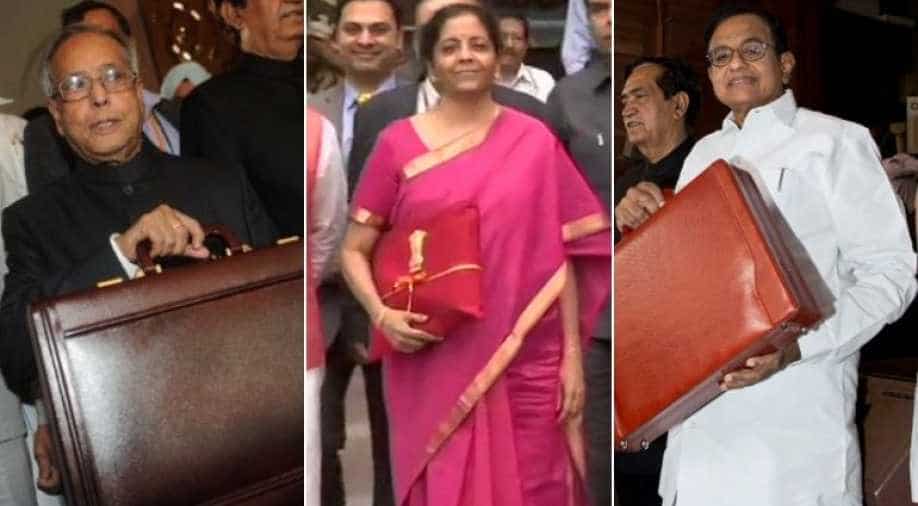 India's finance minister Nirmala Sitharaman breaking from tradition carried the Budget documents in a four-fold red cloth instead of a briefcase as the nation awaited the presentation of the Union Budget in Parliament today.

Chief Economic Advisor Krishnamurthy Subramanian on FM Nirmala Sitharaman keeping budget documents in four fold red cloth instead of a briefcase: It is in Indian tradition. It symbolizes our departure from slavery of Western thought. It is not a budget but a 'bahi khata'(ledger) pic.twitter.com/ZhXdmnfbvl

"It is in Indian tradition. It symbolises our departure from slavery of Western thought. It is not a budget but a 'bahi khata'(ledger)," chief economic advisor Krishnamurthy Subramanian said.

This will be Nirmala Sitharaman's first Budget presentation as the new finance minister under the Modi government which won a second term after a mammoth victory in the general election on May 23rd.

Nirmala Sitharaman while presenting the government's Economic Survey on Thursday had forecast that India's GDP could get back up to 7 per cent in the current fiscal but cautioned that it will face challenges.

Market analysts believe the Narendra Modi-led government will boost spending in the current Budget in order to spur growth.