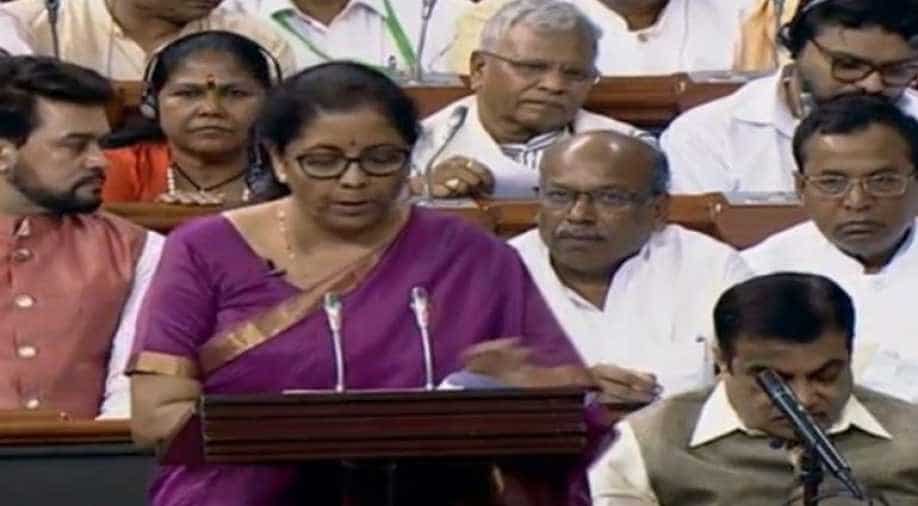 'Reform, perform is the mantra of NDA government,' the finance minister said in her opening remarks.

"The recent election was charged with brimming home and desire for a bright and stable 'New India'. Voter turnout was highest; every section came to stamp their approval for the performing government," the finance minister said in her speech.

"Reform, perform is the mantra of NDA government," the finance minister said in her opening remarks.

'Last mile delivery of the government stood out," she said.

"It took us over 55 years to reach $1 trillion dollar economy. But when the hearts are filled with hope, trust and aspiration, we in just 5 years, added $1 trillion," she said.

''Schemes such as BharatMala, Sagarmala and UDAN are bridging rural-urban divide and improving our transport infrastructure,'' Sitharaman said.

''For providing an enabling ecosystem for Maintenance, Repair and Overhaul, suitable policy interventions will be adopted,'' she added.