Even import can add value to the Indian economy, provided the purchased products are used for production purposes Photograph:( Others )

This is the festive season in India. Even before the sounds of firecrackers rattled our nerves, the newspapers and channels were abuzz with discussions about India’s growing trade deficit with China. The ruling party at the centre, headed by Prime Minister Narendra Modi, has been giving a clarion call for some years now that Indians celebrating Diwali must do it the "swadeshi" way, that is, lit-up firecrackers made only in India, and not in China.  The call in favour of India-made goods has gone so far as to advocate a ban of Chinese crackers.

Imports from China constitute 13 per cent in 2014-15 and 16 per cent of our total imports in 2015-16. However, the composition of the imports has to be examined to shed light on the nature of imports. This is important, because if we are buying intermediate goods that are being used in our production, then the import is adding value to the Indian economy.

If we are buying intermediate goods that are being used in our production, then the import is adding value to the Indian economy

The importance of analysing imports in a country’s trade has been recognised in recent years. The nature of imports of a country matters since imports of capital goods, raw materials, and final goods depend on the purpose for which the good is being imported. Imports of intermediates are beneficial since they are most likely to be used in the manufacturing sectors of the country, thus contributing to employment.

What does India buy from China?

Data from India’s Ministry of Commerce and Industry shows that the largest imports from China to India over the period 2004 to 2016, has been in the category electrical machinery and equipment, nuclear reactors, boilers, machinery and mechanical appliances and organic chemicals.

Examining the data in greater detail gives us the breakup of imports in the above-mentioned categories. The top ten items imported by India in the last four years (2012-13 to 2015-16 ) are mobile phones, urea, personal computer (including laptops and palmtops), all items of machinery for setting up of industrial plants, power plants, among other things.  Items imported in particular years also included diammonium phosphate (DAP), diloxanide furoate, cimetidine, famotidine (or bulk drugs), and solar cells or photovoltaic cells.

Why are these items being imported by India?

Based on a preliminary assessment of imports from China to India, apart from the cellular phones and laptops, it seems that in certain categories India is importing intermediates. These intermediates can be used for production for the domestic market or for exports. Thus, if some production and value addition is occurring due to the use of intermediate imports, it is contributing to the GDP and the employment of the country and is, therefore, beneficial. This ties in well with the “Make in India” programme launched by the Ministry of Commerce and Industry. Imports of solar cells are in line with its solar target made as part of India’s INDC (Intended Nationally Determined Contributions) commitment at the UNFCCC (United Nations Framework Convention on Climate Change).

Moreover banning Chinese goods, including intermediates for our own production could hurt our own industries. Nor are such bans acceptable under the WTO regime, and in case dumping occurs, both countries can use the dispute settlement mechanism of the WTO  for redressal of grievances.

Nor are such bans acceptable under the WTO regime

India is seeking to expand its exports worldwide and become more competitive globally. India’s exports to China constitute 3.8 per cent of our exports to the world in 2014-15 and 3.4 per cent in 2015-16. Top goods exported to China in 2014-15 and 2015-16 include, among other, cotton, copper and mineral fuels. India’s exports will get hurt if India does ban Chinese goods and China follows suit. Exporters of cotton, copper and mineral fuels etc. will lose the Chinese market. If such a situation prevails, both countries lose and this undermines the multilateral trading system on which the WTO edifice is built.

Disclaimer: The author writes here in a personal capacity. 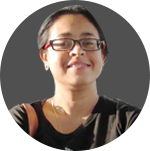 The writer is Senior Fellow at Indian Council for Research on International Economic Relations, New Delhi. She is currently engaged in a project examining the areas of possible cooperation between India and China in the renewable energy sector.