'You might as well bomb us,' says president of Palau at COP26 climate summit 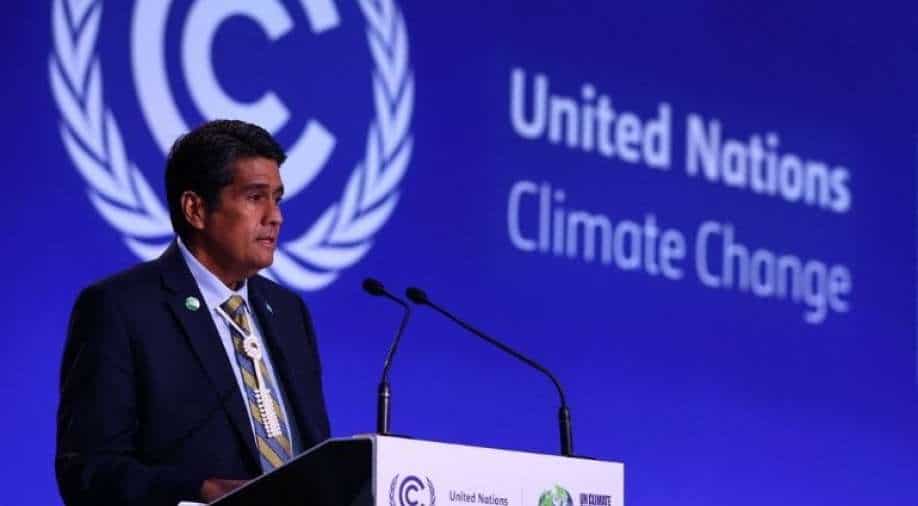 'There is no dignity in a long and terrible death: you may as well nuke our islands,' he said, referring to the environmental effect on island nations.

The inability of major international powers to reach a wide agreement on rapid reductions in the use of fossil fuels, the primary source of man-made global warming, has agitated the poorer, smaller countries most likely to be affected.

"We are drowning, and our only hope is the life-ring you are holding," Surangel Whipps Jr, president of Palau, a Pacific state of 500 low-lying islands threatened by increasing sea levels, said in an address to the leaders of the G20 industrial nations.

He told the COP26 conference that the climate catastrophe and the traditional Palau fable of a youngster who grew into a giant and 'wouldn't stop growing... destroying all the natural resources' had parallels.

The narrative, according to Surangel Whipps Jr, is "eerily reminiscent" of today's climate crisis.

"There is no dignity in a long and terrible death: you may as well nuke our islands," he continued, referring to the environmental effect on island nations.

Leaders at the COP26 global climate summit in Glasgow, however, have committed to halt deforestation by the end of the decade and reduce methane emissions to help slow climate change.