Why New York is closing 6 prisons? 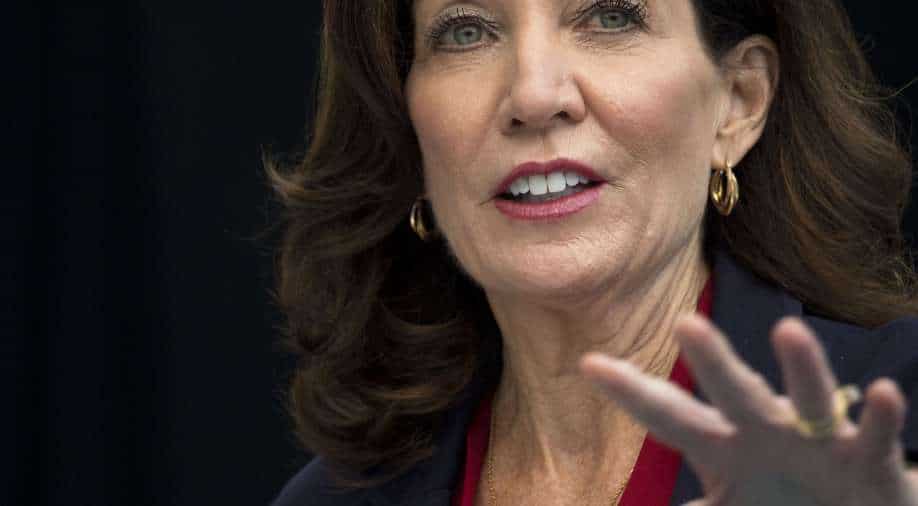 Prison closings have typically been contentious in New York because the facilities are major employers in the upstate communities where many of them have shut down, even as criminal justice reform advocates view the moves as the fruits of long-running efforts to end mass incarceration

New York officials on Monday announced plans to close six state prisons early next year, one of the largest such closings by the state as its prisoner population continues to decline.

With the closings, Gov. Kathy Hochul is following the lead of her predecessor, Andrew Cuomo, who shut 18 prisons during his nearly 11 years in office amid a series of criminal justice reforms that reduced New York’s prison population to its lowest level since 1984.

Prison closings have typically been contentious in New York because the facilities are major employers in the upstate communities where many of them have shut down, even as criminal justice reform advocates view the moves as the fruits of long-running efforts to end mass incarceration.

But the closings announced Monday coincide with a heated political debate over the effect of left-leaning measures on public safety, with New York’s Democrats still reeling from their losses in elections across the state last week.

Republicans were quick to attack Hochul, a Democrat from the Buffalo area, over the decision, portraying it as an affront to prison officers, and seeking to tie the closings to measures like changes to the state’s bail laws that have been used as a cudgel against Democrats.

“Closing prisons is an idea that might appeal to liberal voters in a primary, but it’s of no benefit to upstate communities and represents yet another step backward on public safety,” said Will Barclay, the Republican minority leader in the state Assembly.

The closings announced Monday were tied to this year’s state budget, which was negotiated in March between Cuomo and the Democrats who control the state Legislature.

It was unclear whether Hochul would follow through with the moves when she took office in August, but she hinted last month that she was exploring the possibility of using some of the facilities for other purposes.

“I want to get creative with this,” Hochul said then. “I don’t know if something can be used as a substance abuse treatment center. We don’t need as many prisons.”

State officials said Monday that the state would work to “reuse” the closed prisons, but did not offer details.

The closings come as the state’s prison population has dropped to 31,469, a 56% decline from a peak of 72,773 in 1999. The sharp decrease is partly a result of the dismantling of the state’s strict 1970s-era drug law and laws that allow early release for nonviolent offenders.

The six prisons that will close are well under capacity: Taken together, they can fit up to 3,253 people, but now house just 1,420, all of whom will be transferred to other facilities before closing in March 2022.

The move is expected to save taxpayers $142 million, officials said, adding that the closings would not result in layoffs. Instead, the state will work to shift the roughly 1,700 workers who are employed at the six prisons to other facilities or agencies.

Michael Powers, the president of the New York State Correctional Officers Police Benevolent Association, said the union opposed the closings, adding that the state was saving money while doing little to protect correction officers who, he said, had suffered an increase in violent attacks.

“Where is the reinvestment in the facilities to make these prisons safer working environments?” Powers said. “At some point, the state needs to realise that these choices are more than just buildings and tax-saving measures, these are life-altering decisions that upend lives and destroy communities.”

State officials picked the six prisons, most of which are upstate, after analysing factors that included their proximity to other facilities where staff members could be moved and whether they were in parts of the state where previous closings had already affected the local economy. Also taken into account was recent state legislation passed by Democrats that is meant to curb the use of solitary confinement and limit the number of people who are sent back to prison for technical parole violations.

State Sen. Peter Harckham, a Westchester County Democrat, said he hoped the money saved through the closings would be reinvested in drug-treatment options for prisoners, one driver of reincarceration.

“If we want to end the revolving door of people going in and out of prisons and end recidivism, we have to seriously address substance-use disorder and mental health issues, while folks are incarcerated,” Harckham said.

Two prisons are to be closed in the North Country region, where six other prisons have closed since 2019, including two earlier this year, resulting in the loss of hundreds of jobs.

On Monday, Rep. Elise Stefanik, a Republican who represents most of the area, urged Hochul to “reverse course,” saying that the closings would “devastate our region.”

Also read | As COVID-19 cases surge in Europe, WHO top official urges US to pay attention

Criminal justice activists welcomed the closings, but nonetheless said Hochul should use her clemency powers to release more individuals, and urged the Legislature to pass legislation that would lead to additional releases.

“Without these measures, and despite these closures, thousands will continue to needlessly languish behind bars,” said Jose Saldana, the director of the Release Aging People in Prison Campaign. “Tens of thousands of Black and Latinx families are counting on New York’s leaders to bring their loved ones home.”

New York will have 44 state prisons after the closings announced Monday take effect in March.

When he became governor in 2011, Cuomo closed seven prisons, including two in New York City, calling it a priority for a state traversing a fiscal crisis and declaring that “an incarceration program is not an employment program.”