'Orchestrated influx': Poland blocks migrants at Belarus border as it warns of an 'armed' escalation 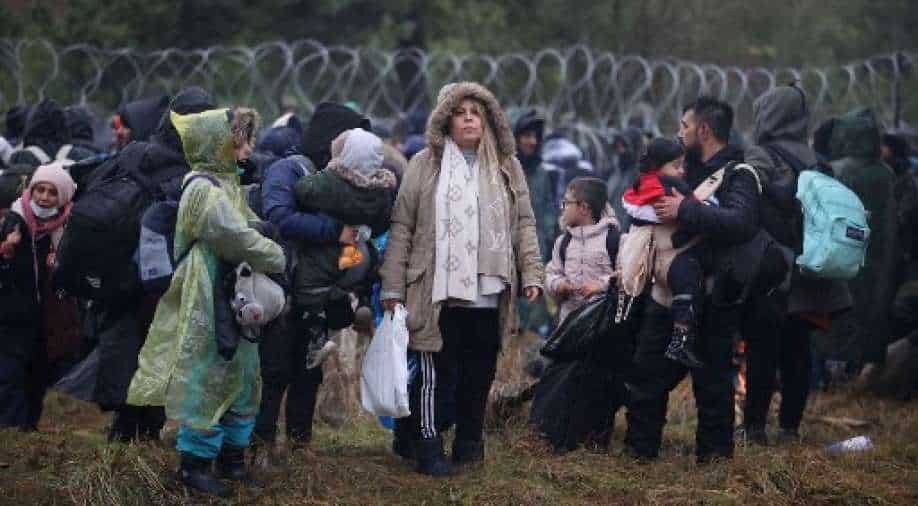 Not just Poland, but Lithuania and Latvia have also raised issues of a surge in the number of people trying to enter their countries from Belarus

After a surge of illegal migration from the Belarus border, Poland recently said that it has blocked various attempts by hundreds of migrants to illegally enter the country as it warned of an "armed" escalation. The Polish government held a crisis meeting on Monday and deployed nearly 12,000 troops to the region.

Not just Poland, but Lithuania and Latvia have also raised issues of a surge in the number of people trying to enter their countries from Belarus. Many of them come from the Middle East and Asia.

Polish authorities are furious w Belarus migrants wanting to break through their border. PM says “our border is not just a line on the map. Our border is sacred. Polish blood has been spilled for it! This will be a major incident, shots will be fired & there will be casualties.” pic.twitter.com/BU5xZ4f5Hv

However, Poland, which is a member of both the European Union and NATO, has drawn sharp criticism for its tough way of dealing with migration.

Poland's defence ministry, in a tweet, said, "Interior ministry forces and soldiers managed to stop the first mass attempt to breach the border. Migrants have set up a camp in the Kuznica region. They are constantly guarded by Belarusian services."

Polish government spokesman Piotr Muller said that around 3,000 to 4,000 migrants were massing near the border. He said, "We expect that there may be an escalation of this type of action on the Polish border in the near future, which will be of an armed nature."

He has blamed "people linked to Belarusian special services" for organising the breach.

Washington and Brussels have called on Minsk to stop what they have termed as an orchestrated influx. NATO also hit out at Minsk, accusing the government of using the migrants as 'political pawns.'

The European Union called for fresh sanctions against Belarus.

The use "of migrants for political purposes is unacceptable", said European Commission President Ursula von der Leyen as she called on EU member states to impose new sanctions.

Germany has also urged the EU to "take action" to help stem the migrant flow from Belarus. The country took in a million asylum seekers in 2015-2016.