Who is Aafia Siddiqui, the Pak prisoner at the centre of Texas hostage situation? 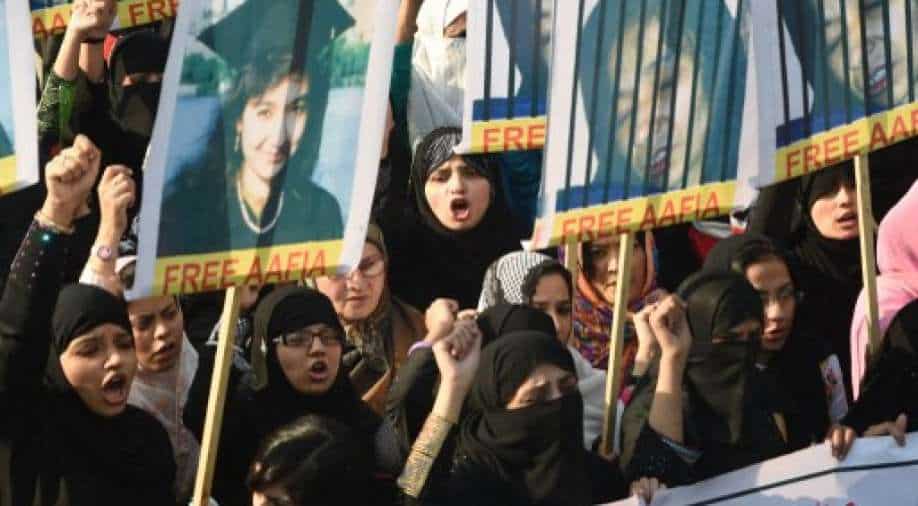 Even though the FBI declined to confirm the cause of his death, saying it was still under investigation, the relationship between the attacker and Aafia Siddiqui is yet to be ascertained

An unidentified man in Texas had taken hostage four people at a synagogue, demanding the release of Aafia Siddiqui, dubbed as the “Lady Qaeda”, who is currently lodged in US jail.

After a 10-hour stand-off, all the people were freed unharmed and the gunman was killed, Colleyville Police Chief Michael Miller said at a news conference.

The FBI said they have confirmed the identity of the gunman but had not yet disclosed it.

During the stand-off, the man claimed to be Siddiqui’s brother, which was later found to be false.

Even though the FBI declined to confirm the cause of his death, saying it was still under investigation, the relationship between the attacker and Aafia Siddiqui is yet to be ascertained.

Who is Aafia Siddiqui?

Siddiqui is a Pakistani neuroscientist who studied in the United States at prestigious institutions — Brandeis University and the Massachusetts Institute of Technology.

After the 9/11 terror attacks of 2001, she was said to be radicalised came and subsequently, came under the FBI’s radar for making donations to Islamic organisations and was also linked to the purchase of $10,000 worth of night-vision goggles and books on warfare.

The US suspected she joined Al-Qaeda from America, returning to Pakistan where she married into the family of Khalid Sheikh Mohammed —an architect of the 9/11 attacks.

Siddiqui then disappeared around 2003, along with her three children, in Karachi.

She resurfaced five years later in Afghanistan where she was arrested on the suspicion of trying to attack the governor of Afghanistan's Ghazni province.

When she was captured, Siddiqui was carrying notes detailing a “mass casualty attack” on New York City sites, including the Empire State Building, the Statue of Liberty, Wall Street, and the Brooklyn Bridge, according to prosecutors and court records.

When she was brought for interrogation, Siddiqui grabbed the M-4 military rifle of a chief warrant officer and opened fire, wounding few members of US special forces unit.

Subsequently, Siddiqui was detained and flown to the United States.

Also read | Hostage crisis at US synagogue ends: Everyone out alive, safe

Who else is seeking her release?

For long, her release has been sought by militant Islamists, including ISIS, and even many US Muslim groups who have said that she is innocent and should be freed.

Al-Qaeda had even called on Muslims to “avenge” the decision to jail her.

Michael Kugelman, a South Asia analyst, tweeted, “Siddiqui isn’t well known in the US, but in Pakistan, she's a big name —many view her as an innocent victim.”

During his election campaign, Pakistan Prime Minister Imran Khan, an open critic of the US-led “war on terror”, vowed to get her released.

In a previous article, he described her as a cause celebre among terrorists, and said she was viewed as a "powerful symbol of how poorly Americans treat innocent Muslims in the global campaign against terror".

What’s the latest on Siddiqui’s imprisonment?

Siddiqui, who is serving an 86-year sentence, is being held at a federal prison in Fort Worth, Texas.

She was attacked in July by another inmate at the facility and suffered serious injuries, according to court documents.

A lawyer representing Siddiqui, Marwa Elbially, told CNN in a statement the man was not Siddiqui’s brother. He implored the man to release the hostages, saying Siddiqui’s family condemned his “heinous” actions.