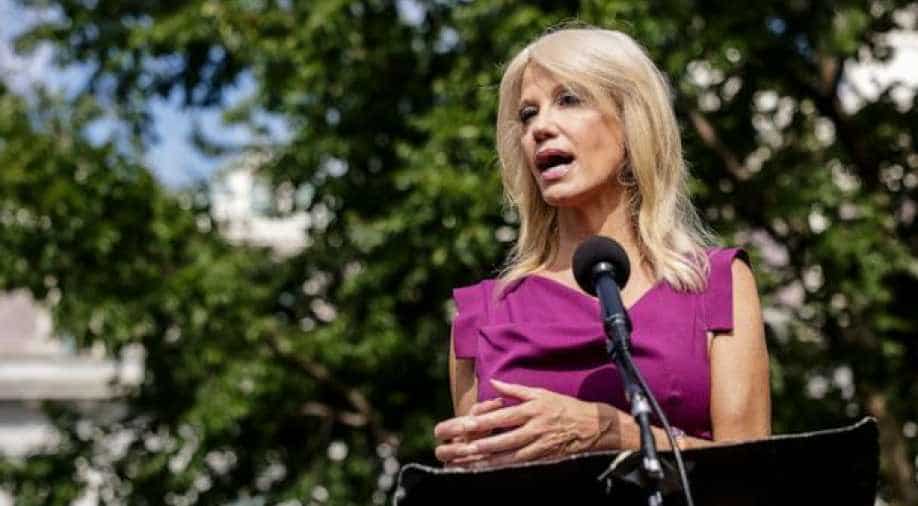 Conway has been at Trump's side since day one, managing his 2016 campaign that catapulted him to victory. But looks like her family was one of the reasons behind her decision.

Kellyanne Conway, a long-serving advisor to US President Donald Trump known for sparring with reporters, has stepped down to focus on her family.

Conway has been at Trump's side since day one, managing his 2016 campaign that catapulted him to victory. But looks like her family was one of the reasons behind her decision.

Her husband, prominent Washington lawyer George Conway, is one of Twitter's most prolific Trump critics, repeatedly and loudly questioning the president's mental fitness for office.

Conway's 15-year-old daughter Claudia wrote on Twitter Saturday that she was "devastated" that her mother would speak at the Republican convention, and pledged to seek legal emancipation "due to years of childhood trauma and abuse".

Less than 24 hours later, Kellyanne Conway on Sunday tweeted a statement that closes by saying: "For now, and for my beloved children, it will be less drama, more mama".

Conway said she would step down by the end of the month and that her husband George would also be making some changes.

"We disagree about plenty but we are united on what matters most: the kids," she wrote.

Conway has become both famous and notorious for sparring with the media, often by finding a way to change the topic, turn the question back on the reporter, or merely complain.

All of which did with a flamboyant fashion sense -- snake-skin pattern dress one day, a bright red one the next -- standing out in an often-gray city.

Her work led her at one point to be depicted on the long-running US comedy show Saturday Night Live as "Kellywise", a spoof of the murderous, sewer-dwelling clown from horror novel and film "It".

Conway also stuck out her White House role while a parade of other aides were forced out, quit or left in humiliation.

Conway, a lawyer and pollster by training, said her departure was her call.

"This is completely my choice and my voice. In time, I will announce future plans."