We cannot back Syrian forces who align with president Assad: US commander 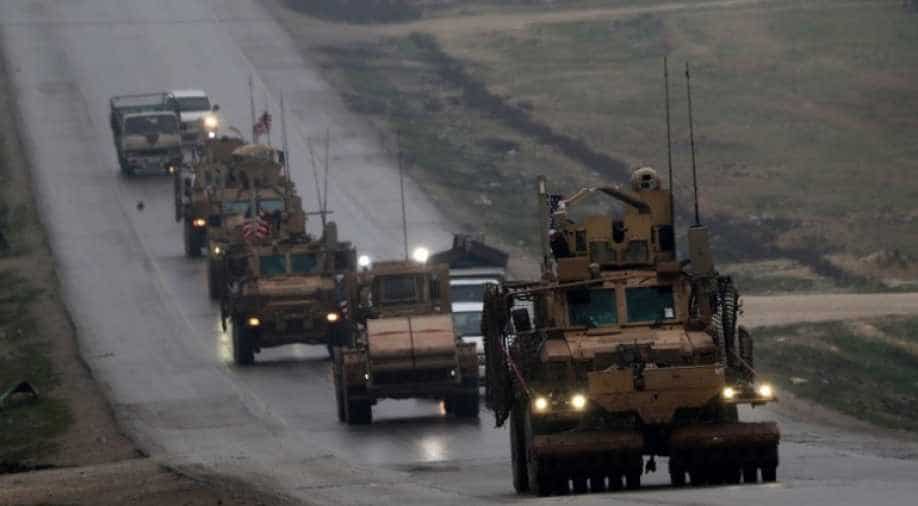 The remarks by Army Lieutenant General Paul LaCamera, who is the commander of the US-led coalition battling Islamic State in Iraq and Syria, underscore the tough decisions facing the SDF as the United States prepares to withdraw its troops from Syria.

The United States will have to sever its military assistance to the Kurdish-led Syrian Democratic Forces (SDF) battling Islamic State if the fighters partner with Syrian President Bashar al-Assad or Russia, a senior US general said on Sunday.

The remarks by Army Lieutenant General Paul LaCamera, who is the commander of the US-led coalition battling Islamic State in Iraq and Syria, underscore the tough decisions facing the SDF as the United States prepares to withdraw its troops from Syria.

Syrian Kurdish leaders have sought talks with Assad's state, hoping to safeguard their autonomous region after the withdrawal of US troops currently backing them.

They fear an attack by neighbouring Turkey, which has threatened to crush the Kurdish YPG militia. Ankara sees the Syrian Kurdish fighters as indistinguishable from the Kurdish PKK movement that has waged an insurgency inside Turkey.

But LaCamera warned that US law prohibits cooperation with Russia as well as Assad's military.

"We will continue to train and arm them as long as they remain our partners," LaCamera said, praising their hard-won victories against Islamic State militants.

When asked if that support would continue if they aligned themselves with Assad, LaCamera said: "No."

"Once that relationship is severed, because they go back to the regime, which we don't have a relationship with, (or) the Russians ... when that happens then we will no longer be partners with them," LaCamera told a small group of reporters.

President Donald Trump's surprise December decision to withdraw all of the more than 2,000 US troops from Syria has triggered deep concern among US allies about the risk of a resurgence of Islamic State.

With US-backing, the SDF has routed Islamic State and is on the verge of recapturing the final bits of its once sprawling territory. But Islamic State still has thousands of fighters, who, now dispersed, are expected to turn to guerrilla-style hit-and-run attacks.

On Friday, the four-star US general overseeing US troops throughout the Middle East, General Joseph Votel, told Reuters that he backed supporting the SDF as needed as long as it kept the pressure on Islamic State militants.

But LaCamera's comments make clear that the SDF may have to choose between backing from Assad, Russia or the United States.

Kurdish forces and Damascus have mostly avoided combat during the war. Assad, who has vowed to recover the entire country, has long opposed Kurdish ambitions for a federal Syria.

Earlier on Sunday, Assad warned the United States would not protect those depending on it, in reference to the Kurdish fighters.

Reuters has reported that Trump's decision was in part driven by an offer by Turkey to keep the pressure on Islamic State once the United States withdrew.

But current and former US officials warn Ankara would be unable to replicate the SDF's success across the areas of Syria that the militias captured with US support including arms, airstrikes and advisers.

Brett McGurk, who resigned in December as Trump's special envoy to the US-led coalition against Islamic State, warned last month that the SDF could not be replaced as the provider of stability in areas of Syria formerly held by the militant group. He also cautioned that Turkey, a NATO ally, was not a reliable partner in the fight in Syria.

"The Syrian opposition forces (Turkey) backs are marbled with extremists and number too few to constitute an effective challenge to Assad or a plausible alternative to the SDF," McGurk wrote.