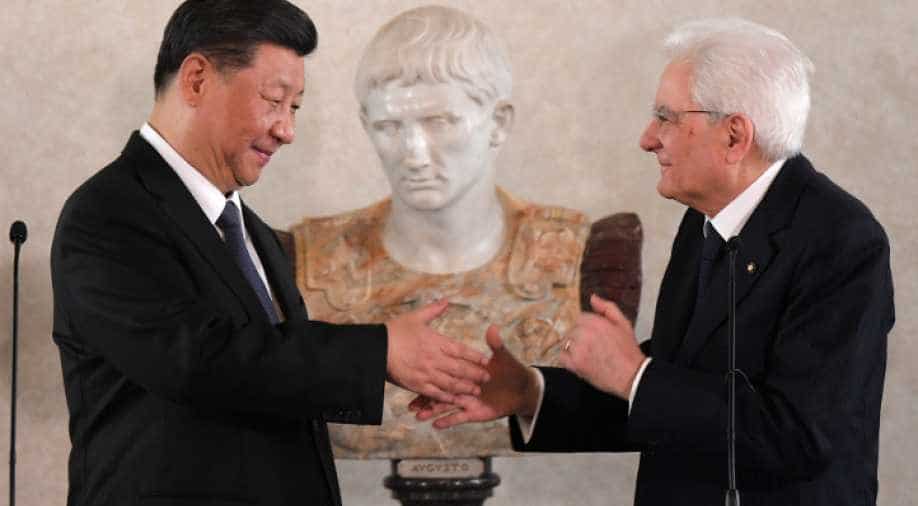 China will be signing an MoU with Rome on Saturday to join the $1 trillion Belt and Road Initiative(BRI).

Chinese President Xi Jinping who is on a state visit to Italy said there was no fundamental conflict of interest as he sought to strengthen relations with the NATO ally.

China will be signing a memorandum of understanding(MoU) with Rome on Saturday to join the $1 trillion Belt and Road Initiative(BRI) which seeks to connect China with Africa and Europe through land and sea routes.

Italy will become the first of the group of seven major industrialised nations to join China's BRI project.

"Between us, there is no fundamental conflict of interest," Xi said, adding, "China wants commercial exchanges to go both ways and for investment to flow in both directions."

"Collaboration in third markets are based on the profound combination of finance, technology and the market. This type of operation is very useful to broaden the perspective of collaboration between the two countries," Xi added.

Italy is also due to sign various agreements with China worth $7.9 billion including agreements opening up the northern ports of Trieste and Genoa to Chinese cargo ships.

However, Italy's move has been opposed by the US. Last week White House official Garrett Marquis had tweeted saying that there was "no need" for Italy to endorse "China's infrastructure vanity project".