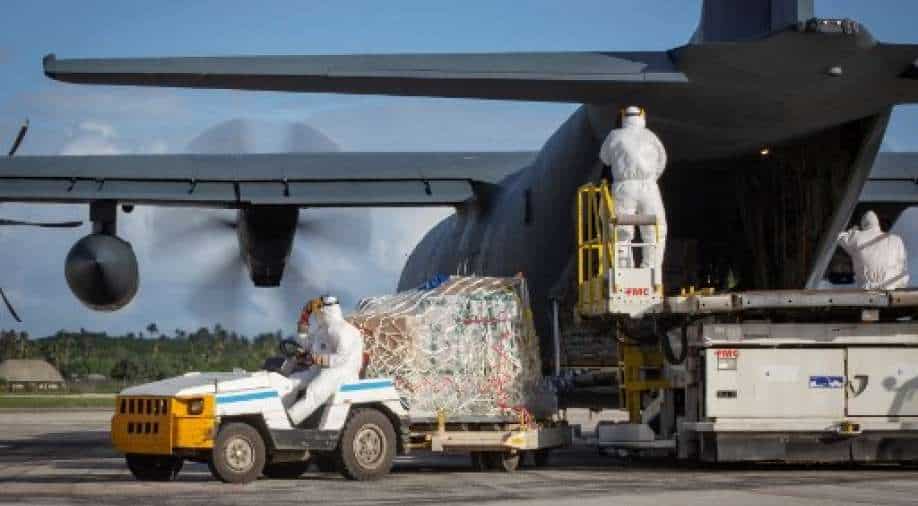 Tonga has been receiving aid from China, France, United States, New Zealand, Fiji and Britain with ships arriving at its port with crucial medical supplies including drinking water.

Tonga closed its borders on Wednesday after two virus cases were detected amid relief efforts after it was hit by a major volcano and a tsunami last month.

The Pacific island country was free of the virus for nearly two years except for one case which was detected last year, however, Prime Minister Siaosi Sovaleni announced two men had tested positive and were working in the port where humanitarian aid has been arriving.

The prime minister announced a "national lockdown" while informing that "no boat will be allowed to go from one island to another, no more (domestic) aeroplane flights."

The prime minister said the situation would be reviewed every two days. Tonga has been receiving aid from China, France, United States, New Zealand, Fiji and Britain with ships arriving at its port with crucial medical supplies including drinking water.

Although the country has put strict Covid protocol in place and allowed humanitarian goods in isolation even as the country has vaccinated 85 per cent of its population.

Australia's HMAS Adelaide had docked in Tonga as reports said at least 20 crew members were infected with the virus. The lockdown comes even as the UN said over 1,500 people were still displaced and needed urgent attention.

The volcano had ripped undersea cables as officials said cable repair ships were due to arrive this week even as the country reels under the devastating effects of the volcano.

Tonga's media reported that at least three more virus cases were reported with five COVID-19 cases recorded so far as Tongans scrambled to stock up essential supplies ahead of the lockdown.

The authorities said the two people who were infected were fully vaccinated and it was not clear whether they were infected with the Omicron variant.