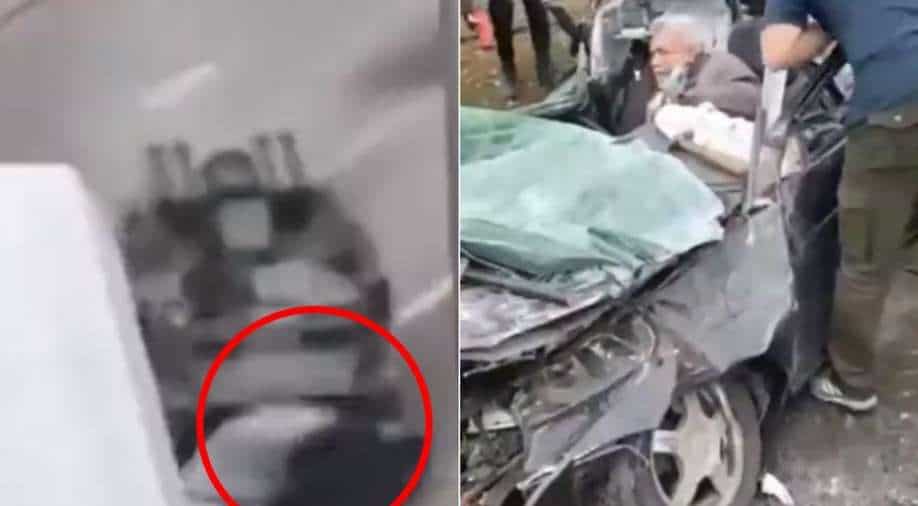 A disturbing video that went viral on social media forums showed a fast-moving military combat vehicle crushing a car in Ukraine. However, the driver who was sitting in the car was saved miraculously.

In the video, the speeding military vehicle - that looked like a tank - can be seen running over a civilian's car in the outskirts of Kyiv after Russia announced "military operations" in Ukraine.

As per a report by The Sun, the tank looked like Strela-10, which is used by both the Russian and Ukrainian armies. The report added that the vehicle visible in the video was apparently driven by pro-Russian "saboteurs". There's no official statement yet.

ALSO READ | Amid Russia-Ukraine chaos, here's how an Indo-Ukrainian couple had a narrow escape

The video of the incident has been circulating on social media since February 25 and a report by Sky News stated that the chilling incident took place a few kilometres away from the parliament building.

The media outlet also noted that it identified the place and surroundings in the video by matching building and road markings on Google Maps.

The publication mentioned that after the military vehicle left, people came forward to help the driver, who was trapped inside the car that was destroyed.

People who were trying to rescue the driver had to break open one of the gates to pull him out as the car was torn and the gates were jammed.

While some said that it looked like a tank, but some of the media reports have claimed that the vehicle was Combat Vehicle Reconnaissance (Tracked) or CVR(T).

In case it was CVR(T), its ground clearance might have saved the man as it is high.

Lucky driver. He is alive! pic.twitter.com/Ry99BX375D

Meanwhile, the office of the prosecutor of the International Criminal Court on Monday said it will seek court approval to open an investigation into alleged war crimes in Ukraine.