Victory will be ours, says Putin on Ukraine war ahead of May 9 celebrations 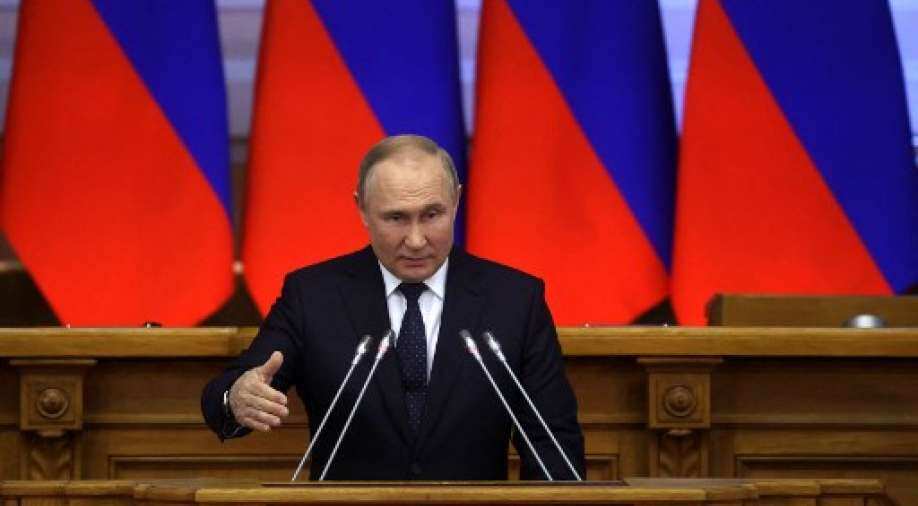 Ahead of the victory celebrations over Nazi Germany in World War II on May 9, Russian President Vladimir Putin declared "as in 1945, victory will be ours" referring to the Ukraine war.

"Today, our soldiers, as their ancestors, are fighting side by side to liberate their native land from the Nazi filth with the confidence that, as in 1945, victory will be ours," the Russian president said.

Putin had ordered a "special military operation" against Ukraine on February 24 as Russian forces entered the neighbouring country. However, they were met with fierce resistance by Ukrainian forces with the war dragging on for over two months.

The Russian president's comments come even as Ukrainian forces have been holding on in Mariupol. Ukraine's President compared the World War II situation saying: "Decades after World War II, darkness has returned to Ukraine, and it has become black and white again."

Watch: How defence giants are making billions from the Ukraine war

Ukraine said civilians have been evacuated from Mariupol's Azovstal steel plant with the city low on food, electricity and water amid weeks of Russian bombing.

"The enemy is trying to finish off the defenders of Azovstal, they are trying to do it before May 9 to give Vladimir Putin a gift," Zelensky said even as preparations are underway in Moscow to mark the 77th anniversary of the victory of the former Soviet forces over Nazi Germany in World War II.

Putin however said: "Today, it is our common duty to prevent the rebirth of Nazism which caused so much suffering to the peoples of different countries," Putin stated while adding, "Sadly, today, Nazism is rearing its head once more."