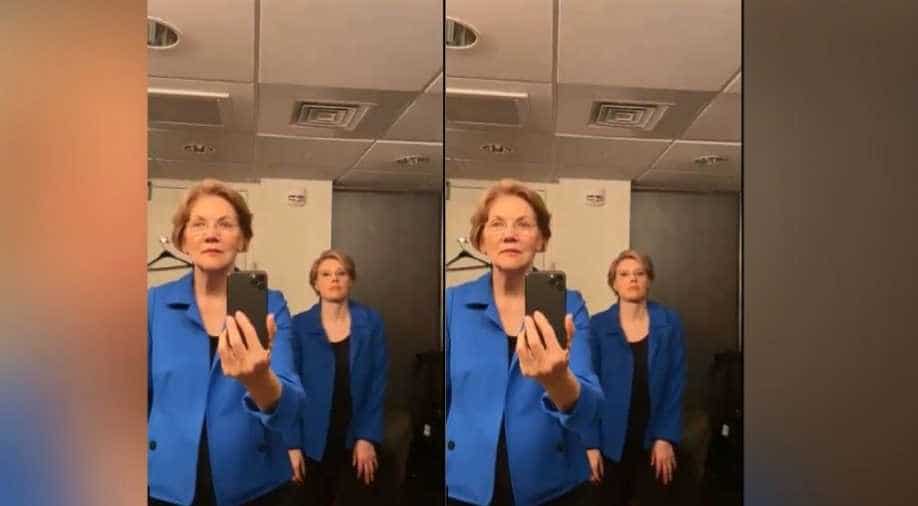 Screengrab from the viral challenge video. Photograph:( Others )

Representative Alexandria Ocasio-Cortez responded to the hilarious video saying 'this is legendary'.

Days after withdrawing her presidential campaign, US Senator Elizabeth Warren made a surprise cameo on 'Saturday Night Live'.

Representative Alexandria Ocasio-Cortez responded to the hilarious video saying "this is legendary".

ok this is legendary

"This may be my favourite thing of 2020," Author Frederick Joseph wrote on the micro-blogging site.

This may be my favorite thing of 2020. America has no idea how we fucked this up.

During the cold open, Warren played her self while her McKinnon, dressed as TV host Laura Ingraham, interviewed in the spoof of Fox News' coverage of the coronavirus outbreak.

During the sketch video, Warren said that she is "doing just fine" since dropping out of the presidential race. On being asked whether she would endorse Bernie Sander of Joe Biden, the last remaining democratic rivals, she said, "maybe she'd pull a New York Times" and endorse both.

'Flip the Switch' is the latest viral challenge on social media in which two participants stand in front of the mirror while listening to Drake's "Nonstop."

When the rapper says "flip the switch," participants turn the lights off and switch place with each other. During all this, one person calmly holds the phone and the other dances to the song.

Nazi-era law on abortion to be removed in Germany