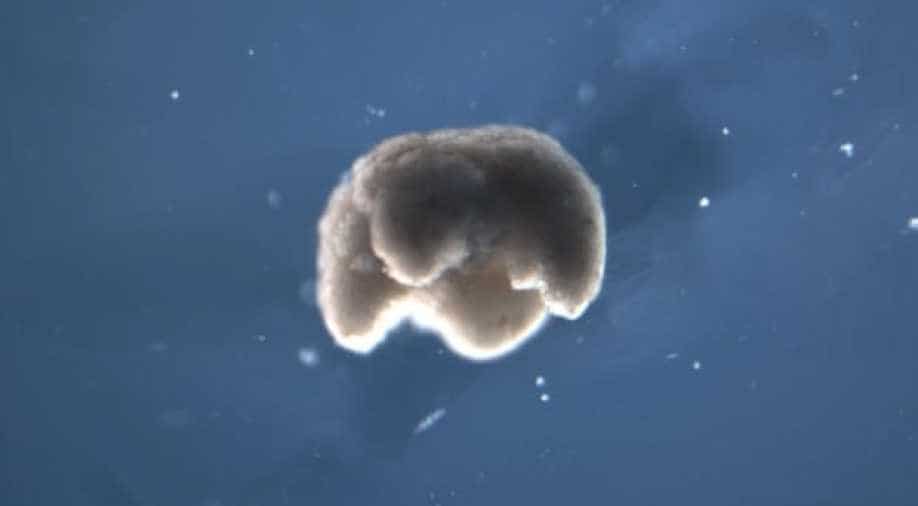 Xenobots can swim, walk, survive for days without food and work together in groups.

Scientists in the US have developed the world's first living robots that can walk, swim using frogs' stem cells.

The living machines are named as Xenobots, after the African clawed frog (Xenopus laevis) from which they have taken their stem cells, reported CNN. The machines are less than a milimetre in size and look like a moving pink flesh.

Also read: Smart robots in the offing to help mine the moon

Xenobots can swim, walk, survive for days without food and work together in groups.

The scientists scraped living stem cells from frog embryos. They left them to incubate. After this, the cells were cut and reshaped into specific "body forms", said a news release from the University of Vermont.

The cells later started to work on their own. The skin cells combined to form a structure and pulsing heart muscle cells enabled the robot to move on its own.

The robots also have self-healing capabilities.

Joshua Bongard, one of the main researchers of the project, described Xenobots as "novel machines". He also said the new robots are "artfact", "a living, programmable organism".

The study also claimed that robots are more environmental-friendly and safer for human health.

The robots can perform tasks such as cleaning radioactive waste, carrying medicine inside human bodies and collecting microplastics from the oceans, among others. They can be also placed in the arteries to scrape out plaque.