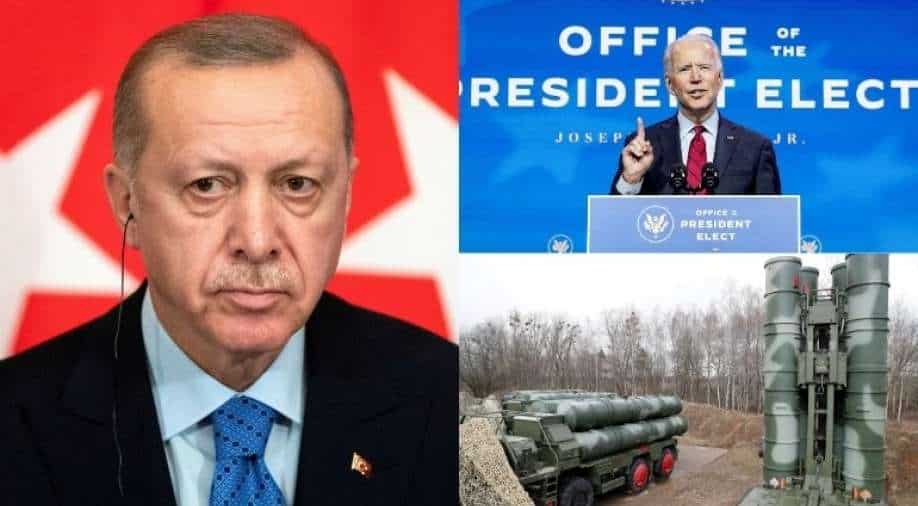 Erdogan hit back on after the United States imposed sanctions on Turkey over its purchase of Russian ground-to-air defences and targeted the top Turkish defence development body, its president, and three employees

Turkish President Recep Tayyip Erdogan on Wednesday called US sanctions against Ankara over its purchase of Russian missile defences an "open attack" on its sovereignty.

"What kind of an alliance is this? This decision is an open attack on our sovereignty," Erdogan said during a televised speech in Ankara.

Erdogan hit back on after the United States imposed sanctions on Turkey over its purchase of Russian ground-to-air defences and targeted the top Turkish defence development body, its president and three employees.

The move, focused on the defence sector, including Turkey's Defence Industries Directorate (SSB), has drawn a condemnation from NATO-ally Ankara and is likely to further strain Erdogan's relations with Western allies.

Erdogan said Turkey expects the United States to support it and not sanction it over its purchase of the missiles, and added he was upset that Washington went ahead with the sanctions process.

Neither sanctions from the United States nor the European Union would deter Turkey from defending its rights, Erdogan added in an address after a cabinet meeting.shortly before the announcement.

While limited to one company, they are still likely to weigh on the Turkish economy, analysts said, at a time when it is struggling with a coronavirus-induced slowdown and double-digit inflation.

Ankara acquired the Russian system in mid-2019 and says they pose no threat to its allies in the NATO military alliance. But Washington has long threatened sanctions and last year removed Turkey from an F-35 jet programme.