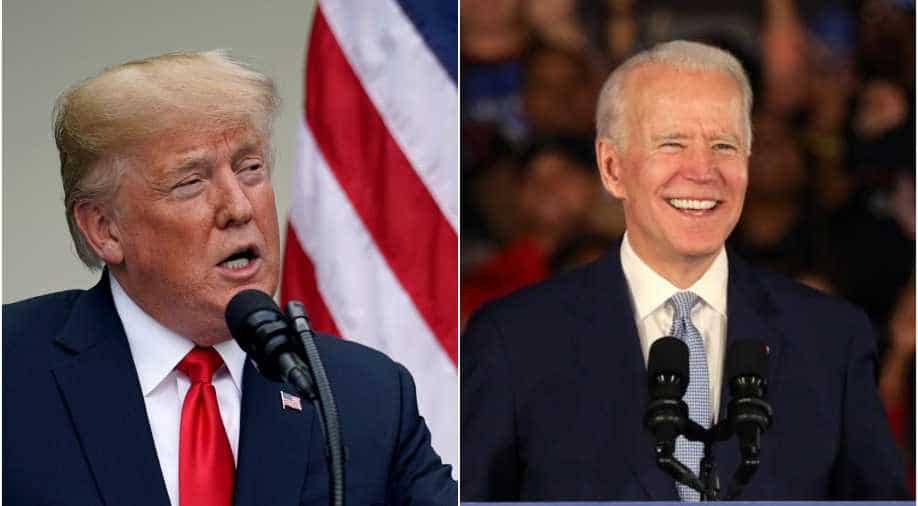 The first presidential debate was characterised by Donald Trump repeatedly interrupting Joe Biden and even the moderator of the debate.

Interruptions, cross talk and what not marked the first US Presidential Debate. US President Donald Trump was seen by many to be the aggressor as he took on his Democratic Party rival Joe Biden.

"Joe Biden was certainly saying things that were not accurate," said Lt Steven Roger, who is working with Donald Trump's re-election campaign.

He said when you are trying to elect a person for the most important office in the US, it was unfair that the candidates were given little time to express their viewpoints.

"I think the President did pretty good in articulating law and order issue, the healthcare issue and also the issue whether Joe Biden really controls the party," he said.

At one point during the debate, Joe Biden told Donald Trump to "shut up".

"This debate was a complete disaster for Donald Trump," said Bernard Whitman, Democratic strategist. He had some strong words for the incumbent president.

"Everybody knows that Donald Trump is a bully, he cannot be trusted, that he is a liar and that he is not likable," said Whitman. He opined that Joe Biden put forth his opinions quite assertively and that Trump was not fit to run the country.

"It was petty, non-substantive," said Arvin Vohra of the Libertarian Party. He felt that the debater did not stress enough on real issues that the USA faced.

"Half the time they were speaking about Joe Biden's son," said Vohra.

"I thought it was a horror-show," said Reena Shah, a political analyst. She said that it was hard to get true positions from the candidates during the debate.

The first presidential debate was characterised by Donald Trump repeatedly interrupting Joe Biden and even the moderator of the debate.

"Trump had no self-control", said Shah.

The moderator even had to remind Trump that he was not abiding by the rules.

"He is not just a toddler-in-chief he is a gaslighter-in-chief," said Reena Shah. She slammed Trump for continuously trying to set-up a false narrative. She particularly noted that Trump's behaviour during the presidential debate was a disservice to Joe Biden.

A count of Donald Trump's interruptions revealed that he interrupted speakers 73 times in the 90-minute debate.

Lt Steven Roger, who is involved with Donald Trump's re-election campaign conceded that the interruptions did lead the debate astray but he defended Trump by saying that he had many plans for the betterment of the country.

Experts seemed to agree that this was the "worst debate" in history. David Whitman opined that Joe Biden won the debate while Lt. Steven Roger said that there was no winner, there was no loser.