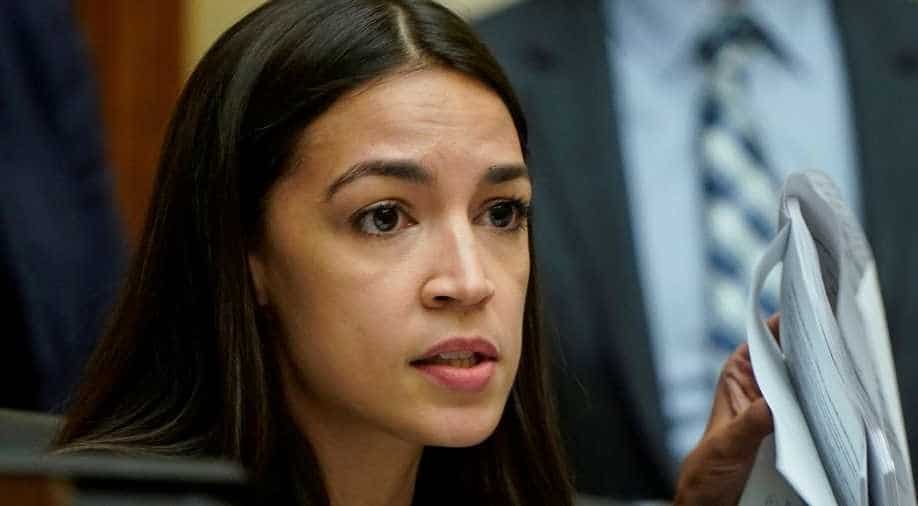 'This vile idiot needs a round.......and I don't mean the kind she used to serve,' Charlie Rispoli, of the Gretna police department, wrote of former bartender Ocasio-Cortez.

Two Louisiana policemen were fired Monday over an incendiary Facebook post suggesting a liberal congresswoman should be shot, as President Donald Trump's tweets attacking Alexandria Ocasio-Cortez and other lawmakers sparked a national uproar.

The officer's Facebook post followed criticism that the president's incendiary rhetoric, which continued Monday with a new tweet about the four "very racist" and "not very smart" Democratic congresswomen, was bordering on incitement to violence.

"This vile idiot needs a round.......and I don't mean the kind she used to serve," Charlie Rispoli, of the Gretna police department, wrote of former bartender Ocasio-Cortez.

He was writing in response to a news article published by a self-styled "satirical" website which falsely claimed the lawmaker had said American soldiers were paid too much.

"Both of these officers we consider have violated our policies regarding social media," Lawson said at a press conference posted online.

"This incident, we feel, has been an embarrassment to our department. These officers have certainly acted in a manner which was unprofessional," he said.

"Alluding to a violent act to be conducted against a sitting congressman, a member of our government -- we're not going to tolerate that."

The rhetoric provoked angry outcries from Democrats, and denunciations from some Republicans, as the parties gear up for an intense 2020 presidential race.

The four lawmakers -- who have become known collectively as "The Squad" -- appeared to be coming under increasing threat in the wake of Trump's attacks.

The Illinois Republican County Chairmen's Association branded them "The Jihad Squad" in a movie poster-style meme featuring the slogan "political jihad is their game."

Omar and Tlaib are the first two Muslim women in Congress.

The poster, which has since been removed from the group's page, shows Omar appearing to hold a large shotgun, while Pressley brandishes a pistol.

Association president Mark Shaw said he condemned the "unauthorized posting," but then went on to criticize the "socialist" lawmakers for their politics.

The Cook County Democratic Party in Illinois accused the Republican group of perpetuating "lies and racism" and said such bigotry "has dangerous consequences."

But Trump downplayed his broader clash with the squad, telling reporters Monday "there's no racial tension," even as he insisted the lawmakers are "very bad for our country."

A week earlier Trump tweeted that the women -- all US citizens, three of whom were born in America -- they should "go back" to other countries.

Days later, as he singled out Omar for criticism at a campaign rally, his supporters chanted "send her back!"