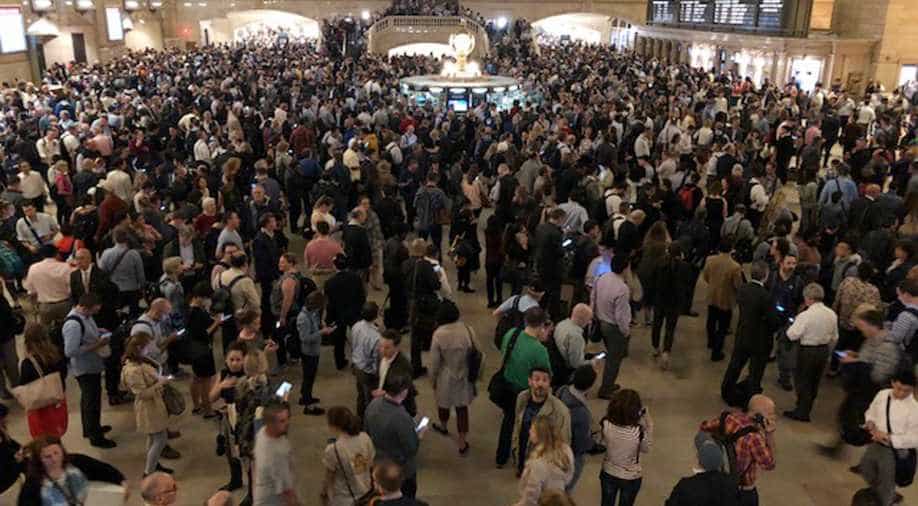 A state of emergency has been declared in New York following severe thunderstorm. Members of the New York National Guard will help with recovery operations, reports said.

An 11-year-old girl was killed on Tuesday afternoon when strong winds caused a tree to fall on a parked car in Newburgh, New York, the Daily Freeman newspaper in Kingston.

A man who had been mowing his lawn and sought refuge in his truck was killed when a tree fell on the vehicle in Danbury, Connecticut, Danbury Mayor Mark Boughton said, according to the Hartford Courant newspaper.

The area at greatest risk for an isolated tornado extends from northeastern Pennsylvania to western Massachusetts and central Connecticut.

There were nearly 50 reports of hail in states including Ohio, Pennsylvania, New York and Connecticut, the National Weather Service (NWS) said.

At Grand Central Station in New York, Hudson, Harlem and New Haven Line service was suspended due to the storms, the station's Twitter feed said.

More than 500 flights were canceled at the three major airports serving the New York on Tuesday, and more than 100 at Boston's Logan International, according to tracking service FlightAware.com.

Rain is expected to continue for the next couple of days over much of the areas that experienced strong winds and rain on Tuesday, but the threat of severe weather has diminished, Pereira said.