US midterms: Trump steps up rallies, warns supporters that 'bad things will happen' if they don't vote' 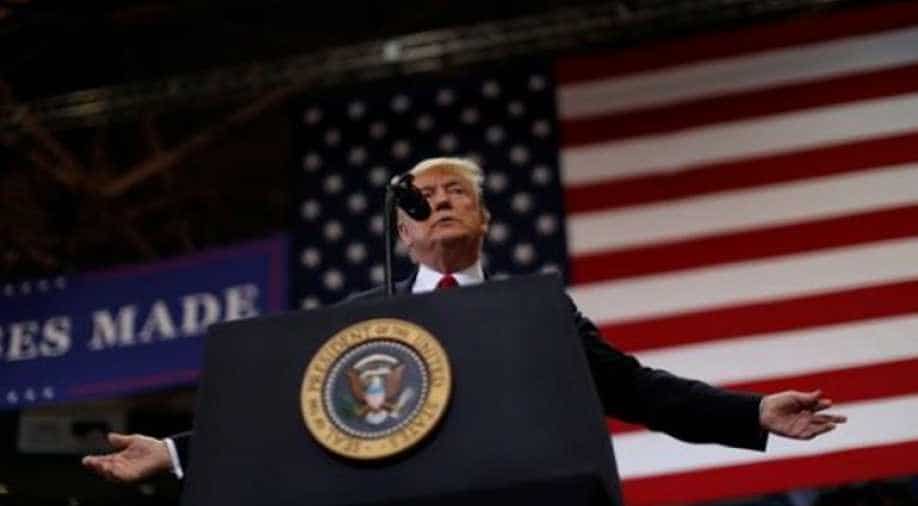 After two years on the sidelines, Democrats are hoping anger over gun control, healthcare and the confirmation of Brett Kavanaugh to the Supreme Court will fuel a 'blue wave' in the midterm congressional elections on Tuesday (November 6).

"November is coming" has become a mantra for Democrats who will likely take control of the House of Representatives but are a longshot to take control of the Senate, according to Carroll Doherty, director of political research for the Pew Research Center.

While political analysts don't expect massive gains by Democrats, President Donald Trump and Republicans aren't taking any chances. In the week leading up to the election, Trump has scheduled rallies, sometimes as many as two a day, in states with tight congressional races.

To take control of the House, Democrats need to gain 23 seats held by Republicans. Historically, the party that holds the White House typically loses seats in the first congressional elections after a president's initial two years in office.

"You lose the midterm, we are going to go through nothing but fights. We are going to be fighting to keep what you have, they are going to want to take it away. You have to go out, we can't be complacent," Trump said.

In addition to stalling the Trump's legislative agenda, a Democrat-controlled House could examine everything from his long-elusive tax returns to possible business ties with Russia and conflicts of interest, congressional sources say.

While some Democrats have called for Trump's impeachment, the party's leadership have been more cautious --- and are reportedly waiting until the outcome of Special Counsel Robert Mueller's probe of Russian meddling in the 2016 US elections and possible Trump campaign collusion with Moscow

"The big question is do the Democrats have the discipline and unity to pull this off. Ordinarily, I'd be skeptical but I think there's enough anger on the part of Democrats against Donald Trump who they believe is destroying our democracy, that if they win the House, they will get their act together to launch disciplined investigations," Allan Lichtman, the author of 'The Case For Impeachment' and a history professor at American University, said.

Lichtman is quick to point out that only the House of Representatives has the power to introduce impeachment articles and that the guidelines are intentionally broad.

"It's a combined legal, moral and political judgment. It doesn't require an indictable crime. That's why the Constitution says high crimes and misdemeanors," Lichtman said.

Actions taken before entering office can also be taken into consideration, said Licthman.

In July, a group of Republicans introduced articles of impeachment to remove Deputy Attorney General Rod Rosenstein, who oversees the federal probe of Russia's role in the 2016 election.

It was ultimately rejected by US House Speaker Paul Ryan.

House Democratic leader Nancy Pelosi noted that Rosenstein was a Republican appointee and said the Republican lawmakers were undermining the judicial system with a politically motivated action.

Trump, in recent weeks has veered from his standard remarks to address the possibility of an impeachment.

At rally in Rochester, Minnesota, Trump speculated about Pelosi becoming the next Speaker of the House, adding, "Don't do that to me."

At rallies across the country, Trump has urged supporters not to be "complacent."

In West Virginia, he warned that a "Democrat-controlled Senate will try to take away your Second Amendment. They're going to take it away."

At another rally, Trump warned, "bad things will happen if you sit home."

"Trump knows that his opponents are motivated by anger and fear. He's trying to do the same with his base. And that's where the midterm elections will be decided," Lichtman said.