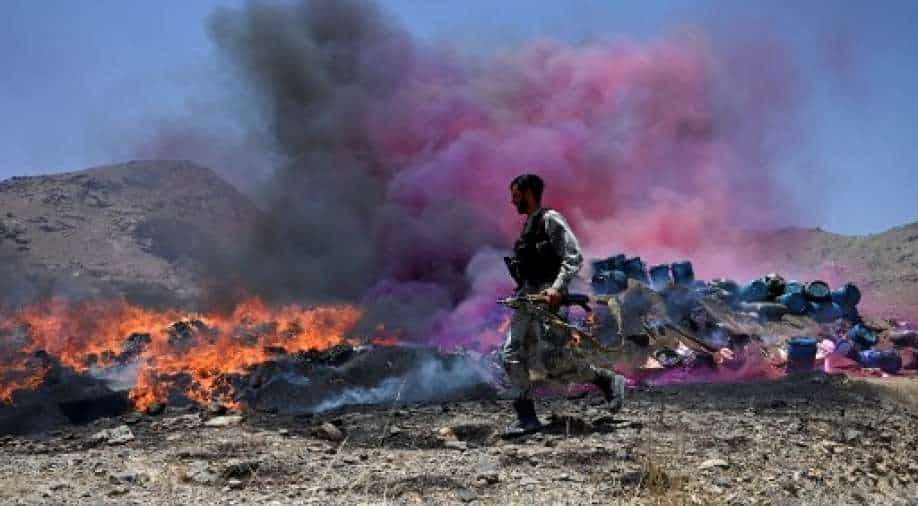 French Defense Minister Florence Parly signed the pact at the Pentagon with her counterpart Lloyd Austin, on a visit that came as the US pulls out of Afghanistan and France cuts its counter-terror operations in Africa's Sahel region

The US and French defence chiefs signed a new "roadmap" for cooperation between their special operations forces Friday as both seek to build international efforts to counter non-state threats like Al-Qaeda and the Islamic State group.

French Defense Minister Florence Parly signed the pact at the Pentagon with her counterpart Lloyd Austin, on a visit that came as the US pulls out of Afghanistan and France cuts its counter-terror operations in Africa's Sahel region.

"In the face of terrorism, our special forces have developed a true brotherhood of arms. This convention will deepen the exceptional ties that they have forged," Parly said in a tweet after the two met.

Pentagon spokesman Lieutenant Colonel Anton Semelroth called the roadmap "a statement of intent to broaden cooperation in all areas of special operations."

He said there was no specific regional focus of the agreement. But both countries are said to be looking for ways for allies to continue working together to battle Islamic jihadist groups even as they reduce the presence of their troops in Africa, Iraq and Afghanistan.

President Joe Biden announced Thursday that the near two-decade US military involvement in Afghanistan would end by August 31.

Earlier Friday, French President Emmanuel Macron announced his country would start closing military bases in northern Mali by year-end, as the jihadist threat in the Sahel begins to shift south and exposes more countries in the region to Islamist attacks.

Both countries remain deeply concerned about non-state extremist insurgents in Africa, with Biden saying the US counter-terrorism effort needs to shift from Afghanistan to the continent and other hotspots.

In a discussion at the Atlantic Council after her Pentagon visit, Parly said the Takuba task force, nine European and African countries' special forces working together in the Sahel, was a model for future cooperation.

Takuba "is a remarkable and concrete example of Europeans taking their responsibilities by accompanying the Malian armed forces in combat," she said.

"This task force has already achieved major successes against terrorism," she said, adding: "The US support to our operations in the Sahel is crucial."

Citing other joint missions in recent years, she said: "Our operational cooperation delivers concrete results. And it will continue to deliver."

Ahead of their discussions, Austin called France an "ideal partner" in the Indo-Pacific, where Washington is trying to build stronger partnerships to counter China.

In Washington, Parly also visited US Cyber Command, which is the Pentagon's cyber warfare body.