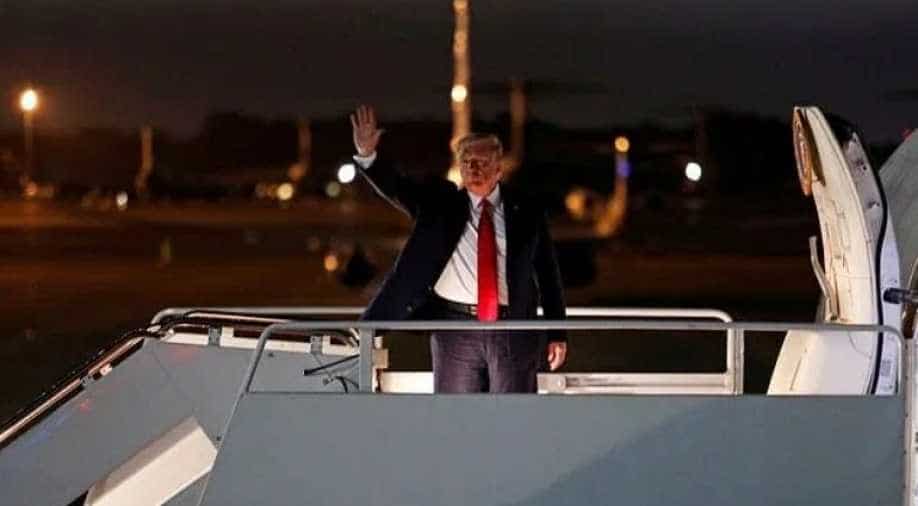 Trump completed a packed three-state schedule within three hours, and during his last rally in Newport News mocked Joe Biden

The US President Donald Trump has made it clear that for him election campaigning is more important than the novel coronavirus that has affected more than seven million lives in the US.

During one of his election campaign rally in Newport News, Virginia mocked his rival Joe Biden for doing the opposite of what Trump ignores — staying indoors.

Trump completed a packed three-state schedule within three hours, and during his last rally in Newport News mocked Joe Biden by passing a remark on him, "This guy never goes out. It's terrible huh?"

He further continued the joke by saying, "If I lose to a man who doesn't campaign... I don't know", which attracted fits of laughter and applause from his supporters.

The rallies that took place on Friday saw very less people wearing face masks, and none of the campaigns followed social distancing regulations set by the experts.

Biden had travelled from Delaware to Washington on Friday to attend a ceremony held in the honour of the late Supreme Court Justice Ruth Bader Ginsburg. The ceremony was held at the US Capitol and Biden was seen attending it to pay respects to the famous and inspirational RBG.

However, the Democratic nominee did not schedule any campaign for the day. Biden has been trying to arrange his election campaign rallies virtually to make sure the rallies do not contribute to the spread of the novel coronavirus.

Meanwhile, Biden has accused Trump of mishandling the novel coronavirus for his personal gains. "Since President Trump's last visit to Florida just two weeks ago, over 40,000 more Floridians have tested positive for coronavirus and the state marked 13,000 Covid-related deaths," Biden said Thursday as Trump flew to a Jacksonville rally.

"President Trump does not have a plan, but I do -- to beat COVID-19, build our economy back better, and protect and build upon the Affordable Care Act."

Staying indoos was not the only 'accusation' made by Trump for his rival — one who is leading in the initial polls. He also accused Biden of not doing enough to help the Hispanics and the African-Americans in the US.

"I'm a wall between the American dream and chaos," he said. "I did more for the black community in 47 months... than Joe Biden did in 47 years."

He said he was unveiling a "platinum plan" that aims to increase capital to African Americans, create three million new jobs for the black community and implement "the highest standards of policing."

Trump also boasted saying he did "even more than I promised" for the African-American community in Georgia.