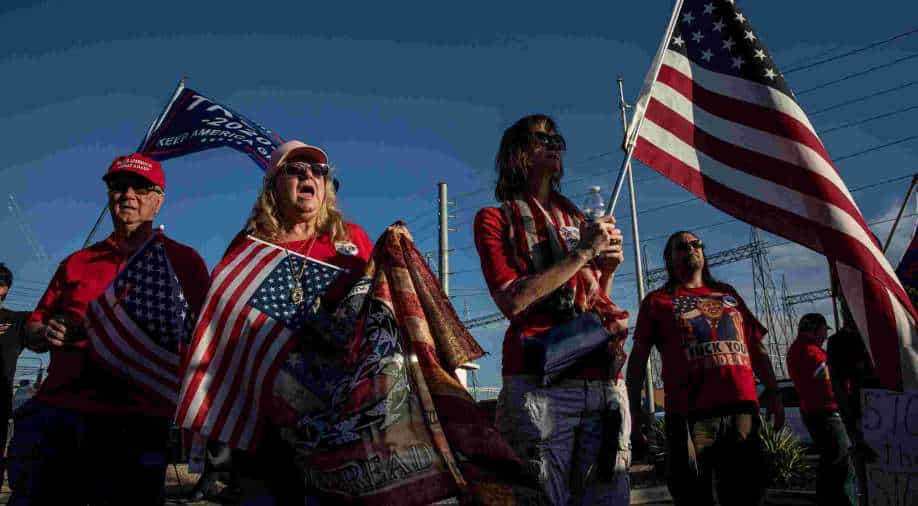 Two men have been charged with gun offenses near the US election voting centre in Philadelphia on Friday. The two were arrested on Thursday night and were charged a day later, the city's district attorney's office.

The Philadelphia voting centre has emerged as one of the focal points for the protestors from the both sides — pro-Trump and Biden supporters. The polling station has been observing protests and slogans such as 'vote him out' and 'stop the count' have been echoing the streets of the city.

The two accused, Antonio LaMotta and Joshua Macias, drove to Philadelphia from Virginia in a Hummer SUV  with two loaded semi-automatic handguns and one semi-automatic AR-15 style rifle and ammunition. The two have been charged with carrying a concealed firearm and carrying a firearm on  public streets or property, which are a felony and a misdemeanour respectively.

Local media has also reported that the vehicle of the accused had stickers of the controversial pro-Trump conspiracy online group QAnon. One of the suspect's mother, Anita LaMotta, claims that her son traveled to Philadelphia because "he wanted to help" if any riot broke out. Whether or not they have attorneys is yet nt clear. The two have not been available for a comment yet, the local media reported.

It was also reported that LaMotta's social media accounts had numerous postings related to conspiracy theories. The matter is now being investigated by the local authorities.

The country has been observing several protests and demonstrations against the two leaders. The counting of the votes is ongoing with Joe Biden observing a lead, and a possible victory against President Donld Trump, who is accusing Biden of manipulation and fraud.