US election 2020: Trump says will not 'allow' debate rules to change 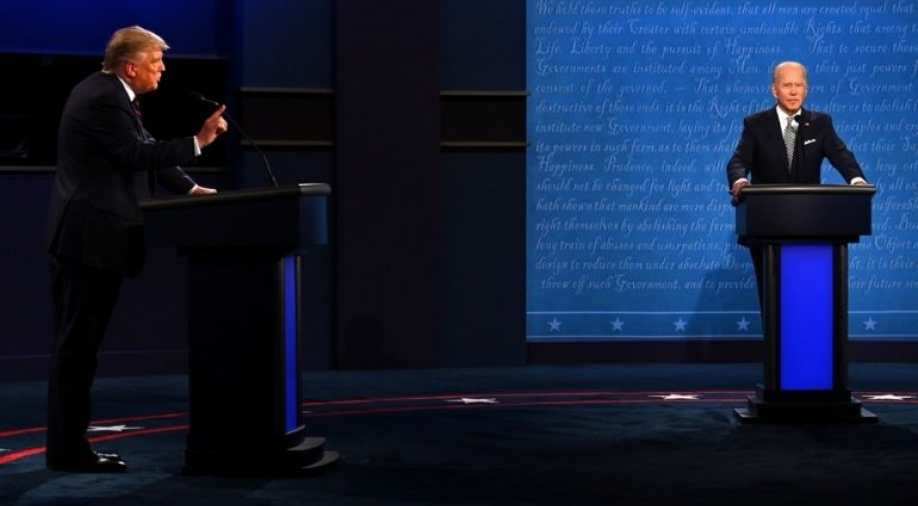 First presidential debate for the US elections 2020 Photograph:( AFP )

Since the end of the debate, Trump has been chest-beating claiming the won and using unidentified polls to prove his point

The US President Donald Trump and his Democratic rival Joe Biden participated in the first presidential debate on September 29 with Chris Wallace as the moderator.

However, the debate did not go as planned with Donald Trump constantly interrupting Biden while Chris Wallace tried to take control of the situation. Additionally, Biden resorted to name-calling and ask the President to "shut up".

After the debate, a long debate was sparked worldwide on whether or not this could have been handled in a better way.

Considering the same, the Debate Commission announced that would be making changed for the next debate. "Last night's debate made clear that additional structure should be added to the format of the remaining debates to ensure a more orderly discussion of the issues," the Commission on Presidential Debates said in a statement.

However, Trump, who has declared himself to be a winner, took to Twitter to oppose any changes and said he would not 'allow' any such thing.

"Why would I allow the Debate Commission to change the rules for the second and third Debates when I easily won last time?," he tweeted.

Why would I allow the Debate Commission to change the rules for the second and third Debates when I easily won last time?

Since the end of the debate, Trump has been chest-beating claiming the won and using unidentified polls to prove his point. However, majority of the US media has disagreed with him and declared Biden to be the frontrunner — in debate and election polls.

The White House spokeswoman Kayleigh McEnany, too, has also claimed that the only changes that will be 'allowed' by the President for the next debate will be "changing the moderator and a change in the Democratic nominee."

"He doesn't want rules that cover for a certain candidate's inability to perform well."

Meanwhile, Wallace has also expressed his frustration about the debate. Calling it a probable equivalent of a "beautiful, delicious cake", he said "I felt like I had gotten together all of the ingredients. Then, frankly, the president put his foot in it. And that was frustrating."

Biden proposed taking questions from the audience instead.

"We have an opportunity to respond to the questions from the people in the audience," he told reporters.

"I think it's appropriate that when a person, a constituent, some considering how they’re going to vote this year, when they ask a question, of whomever they ask that question, gets an opportunity to answer it fully."

The second presidential debate, which will be in a town hall format with audience members putting questions, is scheduled for October 15 in Miami. The third is set for October 22 in Nashville.