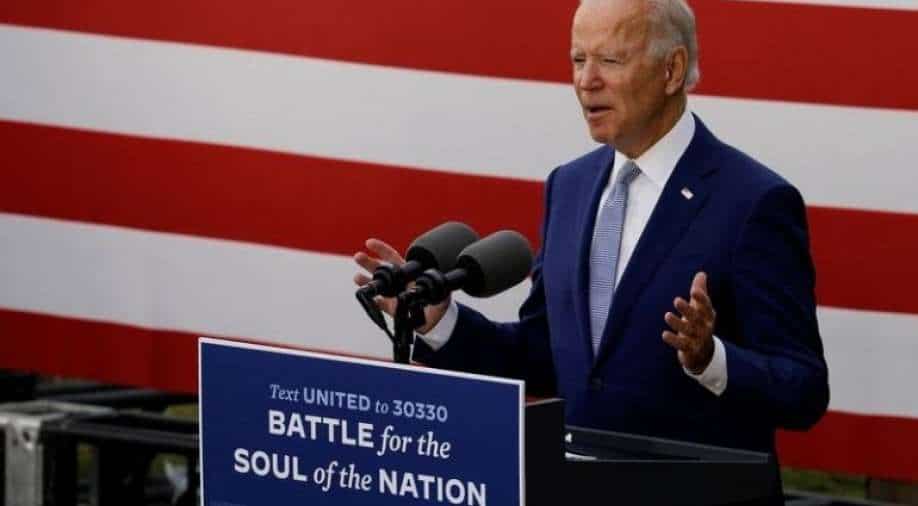 Meanwhile, Trump was also seen campaigning in a mask-less crowd with almost zero social distancing in an open-air space in Michigan and Wisconsin

As the US elections near, the two leaders — Donald Trump and Joe Biden — have now kickstarted their last leg of campaigning. On Tuesday, Biden held a drive-in rally to make sure there is no spread of the novel coronavirus — an issue he grilled Trump on, yet again.

Biden, on Tuesday, accused the current US President of surrendering in front of a pandemic. The rally, that took place in the Republican stronghold of Georgia, saw the attendance of Biden fans in the Democrat minority area.

During the rally, Biden stressed on the statement made by Trump's chief of staff Mark Meadows at the weekend that "we're not going to control the pandemic." Further, he claimed the White Houe's efforts to control the pandemic as "a capitulation" that White House and the Trump administration "never really tried" to halt a pandemic which has now killed more than 226,000 Americans.

Biden claimed that the President, "shrugged, he swaggered and he surrendered"instead of fighting the pandemic and helping fellow Americans get a healthy aid during this deadly virus outbreak. Promising that he can control the virus, unlike Trump, the Democratic candidate said, "I'm here to tell you: We can and we will control this virus".

He also showed confidence in his voters on Georgia and urged them to get out and vote. "We win Georgia, we win everything!" Biden said. "These are the final days, so keep that sense of empowerment with you, that sense of optimism."

Biden also got help fort he former US President Barack Obama who motivated the voters to voter for the "right candidate" saying, "One week until the most important election in our lifetimes," Obama said.

Two years ago, a white supremacist entered Pittsburgh’s Tree of Life Synagogue and perpetrated the deadliest anti-Semitic attack in American history. May the memories of those we lost be a blessing — and may we never stop fighting the scourges of anti-Semitism and gun violence.

"We were complacent last time. Folks got a little lazy, folks took things for granted, and look what happened," Obama said. "Not this time. Let's bring it home."

Meanwhile, Trump was also seen campaigning in a mask-less crowd with almost zero social distancing in an open-air space in Michigan and Wisconsin. "I've got to say I'm working my ass off here!," he told a massive crowd of supporters wearing 'MAGA'caps.

The First Lady, Melania Trump, too, finally joined her husband's campaign and calling him a "fighter", she said, "I do not always agree with the way he says things. But it is important to him that he speaks directly to the people he serves."